Heavy metals in drinking water are ones of the most important environmental problems in many countries . Up to now many different methods have been used to remove these heavy metals from drinking water. One method is using of local cheep substrates for adsorption of these heavy metals from drinking water. In this study beans peel was used as an adsorbent for removing Cr(III) ions from aqueous solutions. The amounts of adsorbed ions were estimated by using flame atomic absorption spectrophotometer . The effects of initial metal ions concentration , pH , existing salt and temperature were study. The adsorption isotherms are of L-curve type according to Giles classification and the experimental data were best fitted to Langmuir , Freundlich and Temkin isotherm models. The adsorption phenomenon was examined as a function of temperature (20,30, 40 and 50oC) and various thermodynamic parameters (DHo, DSo and DGo) have been calculated. The thermodynamic parameters of metal ion- beans peel systems indicated the adsorption processes is spontaneous .The results indicated that the adsorption extent of Cr(III) ions onto beans peel increased with increasing the pH of solution and it was decreased with increasing ionic strength of solution. 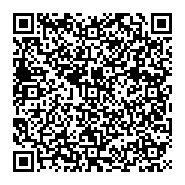