The trituration of olives in Morocco is ensured by a different system of extraction. Traditional units triturate approximately 30% of the national production, whereas the 70% are treated by semi-modern units using super-presses and industrial units employing the continuous system two-phase and three-phase. The physicochemical characterization of the pomace obtained from different extraction systems has revealed a high moisture content, a slightly acid pH (5.9 - 6.04) and a high content of organic matter (74.69% to 92.03%). The pomace studied is rich in nutrients important for the growth and development of plants. In effect, it is rich in potassium, carbon, and oligo-elements. However, these properties are compatible with the requirements of the agriculture of several plants, reason for which this pomace can be considered as a soil amendment especially those that are poor in organic matter, namely the Mediterranean soils. 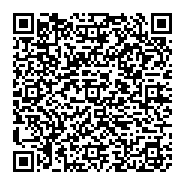