Research related to MDR-TB have been done either to determine the nature of resistance, nucleotide sequence analysis, determining the position of a mutation in the region Mtb, phylogenetic analysis, and determination of the mechanism of drug resistance through in silico analysis of biomolecular. Due to a mutation of rpoB, particularly in the hotspot or RRDR (rifampin resistance-determining region), then RIF could not inhibit the action of RNA polymerase because it can not bind β-subunit, causing resistance to RIF. Meanwhile, INH requires activation process by the catalase-peroxidase enzyme produced by M. tuberculosis. Most of INH resistance occurs due to mutations in katG gene, the gene that produces the enzyme catalase-peroxidase, so that INH can not be converted into an active form. Currently identified katG mutations cause only resistance mutations in codon 315. A small part of INH resistance can occur because of a gene mutation InhA, ahpC and kasA, as well as other genes that correlate. Here, we reported that results of analysis performed by determining the nucleotide sequence of DNA segments using the forward and reverse primer amplification product on multiplex PCR. The primer pair amplifying the length of approximately 0.25 kb and 0.44 kb, respectively for the rpoB and katG. Primer rpoB nucleotide flanking region between 1521 and 1730, or between codons 507 and 576. Thus, a hotspot for nature resistant to rifampin or also called RRDR located between codons 507 and 533 amplify entirely. Meanwhile, the determination of the nucleotide sequence of katG segment bounded by the nucleotide sequence of 675 and 1104. This research has the potential to determine the appropriate drugs and vaccines in the future through cooperation among various fields of science: medical clinics, pharmacology, molecular biochemistry, biostatistics, and molecular microbiology , 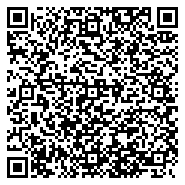