To conduct a health risk assessment of some heavy metals attributed to consumption of common edible fish species available for consumers. Concentrations of Cd, Pb, Cu, Fe, Zn, Ni and Cr were determined in muscles, gills and livers, of two common edible fish species, namely Palaemon Serratus and Solea Vulgaris. Concentrations of heavy metals were determined by inductively coupled plasma- atomic emission spectroscopy (ICP-AES) and expressed as mg/kg of wet tissue. Results showed that iron and zinc were the most abundant among all fish tissues under investigation. The data obtained in the present work were compared well with the counterpart data reported internationally. The estimated values of all metals in muscles of fish in this study were below the permissible limits. Generally, risk values for the measured metals do not pose unacceptable risks at mean ingestion rate for muscles. It can be concluded that the investigated metals in edible parts of the examined species have no health problems for consumers. 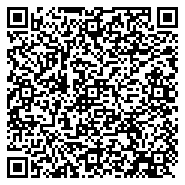