The salient features of core structure of coumarin template was helped in designing and synthesizing new analogs. Ample studies have proved that naturally occurring as well as the chemically synthesized coumarin analogs exhibit potent AChE inhibitory activity [1]. It has been well reported that coumarins primarily interact with PAS of AChE[2]. The AChE degrades the neurotransmitter acetycholine into choline and an acetate . Any molecule which inhibits breaking of acetylcholine is considered as potent AChE inhibitors[3,4]. Efforts have been made by scientists in synthesizing dual inhibitors of AChE by incorporating a catalytic site interacting moiety with coumarin by introducing different chemical groups at various positions . The present work mainly discusses the development in the area of design and synthesis of new coumarin derivatives as AChE inhibitors.After thorough screening of chemical and structural features of AD related drugs along with biological importance of coumarins and its derivatives, some novel 2-iso propyl amino derivatives of 7-methoxy coumarin were designed and synthesized . The chemical synthesis of compounds were characterized and finally docked into target protein acetyl cholinesterase(PDB No.1N5R). The docking studies have confirmed that, out of 23 compounds 17 compounds have shown remarkable binding with active site of AChE which is in-par with the standard AD drugs Rivastigmine[5,6] and Tacrine[7,8].This study heled us to understand the binding mechanism. 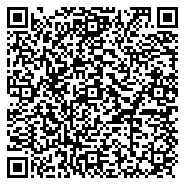