Diabetes mellitus (DM) is a growing problem that threatens human health and life in both developed and third world countries. According to reports from the WHO, around 250 million people are currently living with diabetes and this number is expected to be more than 366 million by 2030. Bioactive flavonoid chalcones are naturally occurring phenolic compounds that are widely distributed in plants and some of them have been described as potential antidiabetic agents with multiple mechanisms which earlier reported as PPARγ agonist, α-glucosidase inhibitors, insulin mimetics, insulin-stimulated glucose uptake regulators, and aldose reductase inhibitors respectively. Bioactive flavoinoids chalcones reaction sequence intended for the preparation of title compounds (MVC1-MVC5) were synthesized using the Claisen-Schmidt base incremental method. The investigation of in vitro glucose uptake by yeast cells activity screening data revealed that the compounds MCV4 and MCV5 demonstrated comparatively the most potent in-vitro antidiabetic activity, with significant percentages of glucose uptake by yeast cells. 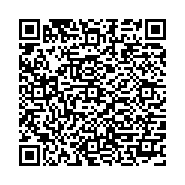