Formulation Development and In vitro Evaluation of Apremilast Floating Tablet

The objective of present work was to prepare a novel sustained release floating formulation of Apremilast for treatment of psoriatic arthritis. Pre-formulation study had carried out for possible drug and excipient interactions. Floating tablets were prepared using HPMC K4M and Carbopol 934 as polymer, Sodium bicarbonate and Citric Acid as gas generating agent, Starlac as diluents and PVPK 30 used as dry binder. Tablet was prepared by direct compression method. Initial formulation started with single polymers low to higher concentration and then combination of the polymers. It was found that combination of polymer gives good release retarding action in formulation and release the drug for 12 hr which is desire for formulation. Simultaneously gas generating agent was optimized by changing its concentration. Formulations were evaluated for Pre-compression parameter and post compression parameter like thickness, hardness, friability and floating lag time, floating time, swelling characteristics, In vitro dissolution studies, drug release kinetic study from the results it was concluded that F10 formulation was good release profile than the others. F10 formulation floated up to 12 hrs and floating time is within a min so F10 is optimized formulation. 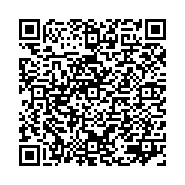