Microencapsulation of urea slow released fertilizers using polystyrene and poly(3-hydroxybutyrate) bioblends by solvent evaporation method have been conducted. Urea and bioblends ratios for Formula 1, 2 and 3 were 1:1, 1:1.5, and 1:2, respectively. The ratio of polystyrene and poly(3-hydroxybutyrate) for Formula 1, 2, and 3 were 1:1, 2:1, and 3:1, respectively. The microcapsules obtained were evaluated for their particles size distribution, drug loading, Fourier Transform Infra Red (FTIR) spectroscopy, Scanning Electron Microscopy (SEM), amount of urea in microcapsules, released test, and released kinetic study. Results showed that from scanning electron microscopy study observed that the microcapsules were spherical in shape. There was no chemical interaction between urea, polystyrene, and poly(3-hydroxybutyrate). The percentages of drug loading in Formula 1, 2, and 3 were of 47.72, 26.37, and 20.10, respectively. Particles size distributions of urea microcapsules were in range from 0 to 200 μm. The release kinetic model of urea from microcapsules followed the Langenbucher equation. The percentage of dissolution efficiences of bioblend formulations from F1, F2 and F3 batches were found to be of 67.57 ± 6.98, 50.43 ± 2.98, and 41.44 ± 3.28. Increasing of bioblends concentrations could decrease the released of urea from microcapsules (p<0.05). 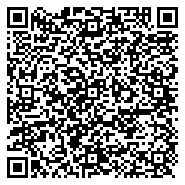