Identification and characterization of thermophilic Bacillus sp with protease activity at the fragment of 16S rRNA gene of several hot springs in Merauke, Papua-Indonesia | Abstract

Identification and characterization of thermophilic Bacillus sp with protease activity at the fragment of 16S rRNA gene of several hot springs in Merauke, Papua-Indonesia

Papua province is the most eastern region of Indonesia that has a fairly high biodiversity. The objective of this research is to identify the type of bacteria Bacillus thermophilic protease producer of hot springs in Merauke and to determined the nucleotide sequence of 16S rRNA gene of Bacillus thermophilic protease-producing and conduct phylogenetic analysis of data compared to other Bacillus sp. Stages of research activities include isolation, screening thermophilic bacillus, protease activity assay, PCR amplification and sequence analysis of 16S rRNA. Sampling was carried out at four different locations, namely the location of the I-IV. Isolation and screening results indicate that there are four isolates that are proteolytic thermophilic bacteria that isolates JTM1, JPM2, JKT2 and JSM1 as indicated by the formation of clear zones around colonies on medium skim milk agar. Staining results showed that the four isolates are gram-positive rod-shaped bacteria (bacilli). Results of biochemical tests showed character JPM2 isolates ie non motile, could ferment glucose, lactose, maltose, urease, catalase positive and hydrolyze starch medium. Results of the analysis showed that the nucleotide isolates JPM2 bacterial isolates from hot springs in Merauke, Indonesia, has a nucleotide mutations compared with some Basillus sp in the database GenBank / NCBI. Here, we find the 16 nucleotide mutations throughout 1,052 nucleotide bases or mutation as much as 1.52%. From that 16 mutation consists of 3 deletion mutation and 13 substitution mutations. Results alignment and similarity analysis of the data GenBank also analyzed the data against various Basillus sp phylogenetic worldwide. This study confirmed that the isolates thermophilic Basillus sp is true and could be used as a source of thermostable proteases that could exploited for pharmaceutical and industrial applications. 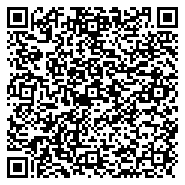