The problem of overweight and obesity is considered as a general health problem throughout the world. The problem leads to underlying diseases such as cardiovascular, diabetes, and gallbladder diseases and stroke, and in addition to cause underlying diseases, it also has impact on general, mental of the individuals. The present study aimed to examine the relationship between body mass index and general health of the patients referring to gynecology clinics in Hamadan. This cross-sectional study was performed on 300 women referring to gynecologic clinic of the Hamadan Fatemieh Hospital in 2015 in the available method. The data collection including demographic data questionnaire and general health questionnaire (GHQ-28). The data was analyzed by SPSS/16 statistical software, Pearson's correlation statistical tests, one-way analysis of variance, post hoc Bonferroni test, ANOVA. The significance level was considered (P <0.05). The women mean age was reported 37.22±0.43. The mean body mass index of patients was 28.35±2.1, the general health mean score was 45.31±18.46, and overall sexual function mean score was 19±4.35. According to Pearson's correlation test, the relationship between all aspects of general health and overall general health and body mass index was significant and direct (p=0.000). Using one-way ANOVA, there was a significant difference between the scores of physical symptoms, anxiety, insomnia, social dysfunction, depression in three groups of normal weight, overweight and obese (p=0.000). The results of this study show that body weight can be associated with mental health in the individuals. 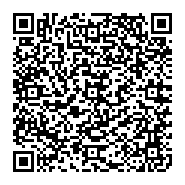