Lipase produced by different microorganisms, receives significant attention with the rapid development and application in various biotechnological industries. To optimize the maximum enzyme production by Bacillus subterraneus TNUS15 and to develop a comparative model using Response Surface Methodology (RSM) and Artificial Neural Network (ANN). Thirty-two strains of bacteria were isolated and screened for production of lipase using Rhodamine B agar medium. The maximum enzyme producing strain, Bacillus subterraneus TNUS15 was selected and an empirical model was developed for the enhanced yield of enzyme production by various combination of independent variables such as temperature, pH, inoculum size, substrate-olive oil and incubation time. A 2nd order polynomial model was established and improved lipase production (57.61 IU/g) was observed. The closeness of the predicted response (56.3 IU/g) with that of the experimental value showed that statistically optimized design can be used in order to improve the lipase production to meet the increasing demand. On the other hand, a multilayer ANN was structured, trained and stimulated by Levenberg-Marquardt algorithm (back propagation). The isolated enzyme was further characterized at different temperature and pH with respect to the incubation time. The culture supernatant containing crude enzyme was purified by various steps such as ammonium sulphate precipitation, dialysis and column chromatography resulting in partially purified enzyme. The crude, partially purified and standard enzyme were immobilized using sodium alginate and a comparative analysis of enzyme activity was assayed. Bacillus subterraneus TNUS15 was identified by 16S rRNA sequencing. The results of the ANN model indicate it is much more robust and accurate in estimating the values of response–enzyme production when compared with the response surface model. SDS PAGE was performed to determine the molecular weight (52 kDa) of the enzyme. The activity of the immobilized enzyme has been performed and its activity is compared with the standard enzyme. 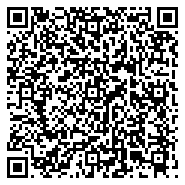