Phospholipids (PL) of five species of marine macroalgae (two species of Rhodophyta (Laurencia popillose, Galaxoura cylindriea); one specie of Chlorophyta (Ulva fasciata), and two species of Phaeophyta (Dilophys fasciola, Taonia atomaria) collected from the Red and Mediterranean seas, respectively were extracted, purified on silicic acid column chromatography, and identified by liquid chromatography LC/ MS/MS. Macroalgal phospholipids content varied from 3.18 to 8.80 % of the total lipid; the maximum phospholipids content was recorded in G. cylindriea (8.80%) followed by L. papillose (8.7%) and U. fasciata (8.18%). Phosphorus contents of algal phospholipids were varied from 0.11 to 0.86%. All algal phospholipids have a high concentration of plamitic acid (C16:0) which is ranged from 27.28 to 53.95% while, a high level of C20:3 (46.67%) and C18:2 (27.11%) were observed in D. fasciola phospholipids. The main structure of algal phospholipids fraction was identified as phosphatidyl serine, phosphatidic acid, Lysophosphatidyl choline, phosphatidyl ethanol amine and phosphatidyl glycerol. The Phospholipids of U. fasciata and L. popillose was found to inhibit antiviral activity of simplex virus type 1. All algal phospholipids possessed a high anticancer activity in vitro against breast and liver human cancer cells with IC50 values ranging from 0.47 to 3.15 μg/ml. Phospholipids of U. fasciata exhibited a remarkable activity against E. coli and B. subtili with MIC values ranging from 40 μg/ml, while T. atomaria showed the most potential selective activity with MIC of 80 μg/ml against A. niger and C. albicans. 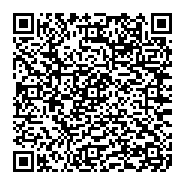