Polycyclic Aromatic Hydrocarbons (PAHs) are a series of organic contaminants that have become ubiquitous in the environment. For the general population, exposures of humans to environmental pollutants, such as PAHs, can occur by various pathways, such as drinking water, inhalation of ambient air and ingestion of food (e.g., seafood). The exposure to high concentrations of PAHs together with other factors could contribute to the decreased health of fish living in marine ecosystem and the assessment of the impact on biota is of considerable concern. The aim of the present research was to study the bioaccumulation of four selected PAH in Sardina pilchardus collected from ten locations along the Moroccan coasts. PAHs determinations were performed using Gas chromatography-mass spectroscopy (GC/MS). The carcinogenic toxicity (TEQBaP), exposure daily intake (EDI), margin of exposure (MOE) and excess cancer rate (ECR) of four priority PAHs were evaluated. The results of this study have confirmed that the fish are contaminated by hydrocarbons but the concentrations do not exceed the maximum levels laid down by the regulation of the European Union, which does not entail a public health problem. 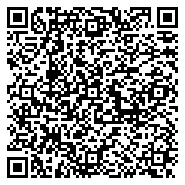