In this work, a series of batch laboratory experiments were conducted in order to investigate the feasibility of functionalized nano-fibres derived from Phragmites communis Trin (FNF-PCT) for the removal of Cadmium ions from aqueous solution by the adsorption process. Investigation was carried out by studying the influence of initial solution pH, adsorbent dosage and initial concentration of Cd ions and temperature. The single component equilibrium data was analysed using Langmuir, Freundlich, Dubinin-Radushkevich and Temkin adsorption isotherms. The results showed that equilibrium was reached within 15 min. The highest adsorption capacity was at pH 4.5. The experimental isotherm data were analysed and modelled. The maximum adsorption capacity, Langmuir’s qmax, was 2,51 mmol/g at room temperature from (30°C). The enthalpy ΔH° and entropy ΔS° values were respectively estimated at -51.57 kJ mol-1 and -157.89 J K-1 mol-1 for the process, the negative value of ΔG° indicates that the adsorption of Cd(II) ions on (FNF-PCT) is a spontaneous process. Three simplified kinetic models including a pseudo-first-order equation, pseudo-second-order equation and intraparticle diffusion equation were selected to follow the adsorption process. Kinetic parameters, rate constants, equilibrium sorption capacities and related correlation coefficients, for each kinetic model were calculated and discussed. It was shown that the adsorption of Cd(II) could be described by the pseudo-second order equation, suggesting that the adsorption process is presumable a physisorption. 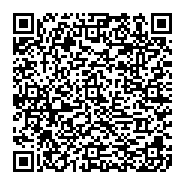