In the present study 19 urine samples were collected from Rio Lab, Global hospital located in Salem. The samples were serially diluted and 92 different colonies were isolated and identified. The isolates bacterial colonies were tested for its susceptibility to fourteen different antibiotics. Among the 14 antibiotics screened against the 92 isolates three isolates viz., Staphylococcus aureus (30%), Escherichia coli (70%) and Klebsiella sp. (50%) were resistant to erythromycin, amikacin and tetracycline. The concentration at which organism turns into sensitive was tested by increasing the concentration of the antibiotics. The spectrum of antibiotic activities showed that some antibiotics retain their efficiency on bacterial antibiotics such as amoxicillin, nitrofurantoin and ampicillin. The ampicillin resistant Klebsiella sp., was chosen for plasmid curing analysis. Plasmid curing analysis was performed using ethidium bromide at different concentrations viz., 75, 100 and 125 μg/ml to check whether the drug resistance was plasmid mediated. In the present study it was observed that the ampicillin resistant isolate was converted to sensitive after ethidium bromide treatment proving that resistance was plasmid mediated. 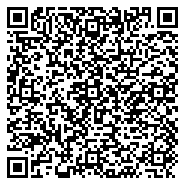