Cardiovascular diseases are the leading cause of morbidity in many countries worldwide. Antiplatelet therapy has been successful in reducing mortality and morbidity in cardiovascular diseases. Because inflammation is central to atherothrombosis, agents with both antiinflammatory and antithrombotic properties may be critical to preventing the considerable morbidity and mortality associated with atherothrombotic vascular disease including acute coronary syndrome (ACS), ischaemic stroke, transient ischaemic attack (TIA). The purpose of developing a QSAR model is to reduce the cost of the target designing by modifying the molecular structures for achieving the desired molecule with the proposed property, without experimental measurement. In the current study, we extend a published work that had been investiged the caffeic acid amides as antiplatelets aggregation and free radicals scavenging agents. In this report, four equations were generated to predicate the biological activities of these amide derivatives. Moreover, the biological activity for these molecules that was obtained experimentally is compared with the calculated ones from QSAR output. Newly postulated compounds were predicted as caffeic acid derivatives and their biological activity was deduced using QSAR. The results showed that many of newly fourteen postulated compounds showed prominent biological activities compared to the compounds investigated previously. Moreover, QSAR equations were useful in predicating the biologic activity of the old and postulated molecules. Thus the newly caffeic acid derivatives remain to be synthesized and investigated experimentally for their antiplatelet aggregation and antioxidation properties. Finally, our results may be exhibited a potential interest for investigators attempting to find new antiplatelets aggregation and free radicals scavenging agents. 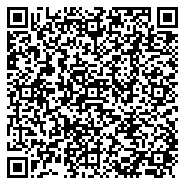