Author(s): B. Srinivas, B. Prasanna and M. Ravinder

In recent years, tetrazoles fused with quinoxaline ring have been grabbing the attention of the synthetic chemists for their pharmacological and medicinal applications. In the present work, we describe the novel series of derivatives of N-(Substituted phenyl-1H-tetrazol-1-yl)-7-substituted tetrazolo[1,5-a]quinoxalin-4-amine were synthesized by treating the 4-[(2E/Z)-substituted benzylidenehydrazinyl]-7-substituted tetrazolo [1,5-a] quinoxaline with Sodium azide in methanol at 60-80oC.The resulted compounds were characterized based on the bases of their spectral 1H NMR, 13C NMR, Mass, IR analyses. In vitro, most of the synthesized derivatives were screened for their antimicrobial activity against Gram positive bacteria S.aures and Gram negative bacteria E.Coli and anti-fungal activity carried out on C.albicans, A. niger. Compounds 4g, 4h, 4q and 4n, 4l shows good activity against bacterial strains and 4g, 4h, 4r and 4l shows a moderate activity against fungal strains. 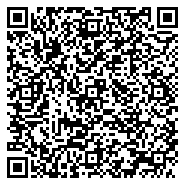