A series of new pyridine compounds containing naproxen moiety were synthesized through different routes starting with naproxenoyl chloride (2) which upon reaction with amino pyridines gave the corresponding naproxen-amide derivatives 3a-c. Also, compound 4 was obtained through the reaction of compound 2 with 3-hydroxy pyridine, where the thiourea derivatives 6a-c were obtained through the reaction of 2 with ammonium thiocyanate followed by amino pyridines. Furthermore, N-(2-cyanoacetyl)-2-(6-methoxy-naphthalen-2-yl)propanehydrazide (7) was synthesized and reacted with acetylacetone, arylidenecyanoacetate or arylidenemalononitriles to furnish the corresponding pyridine amide derivatives 8-11. All the compounds were screened for their anti-inflammatory activity using in vivo rat paw edema model and most of the active ones were investigated for their ulcerogenic effect. Most of the tested compounds showed significant activity specially 3a, 3b, 4 and 11. In ulcerogenicity screening, the potent anti-inflammatory compounds were devoid of any ulcerative effect. This is contrary to naproxen which caused 100% ulcerative effect on all tested animals. Also all the synthesized compounds were screened for antimicrobial activity against Staphylococcus aureus (ATCC 25923) and Bacillus subtilis (ATCC 9372) as representatives of Gram positive bacteria, Escherichia coli (ATCC 25922) and Pseudomonas aeruginosa (ATCC 29853) as representatives of Gram negative bacteria and Candida albicans (ATCC 10231) as representative of fungi. 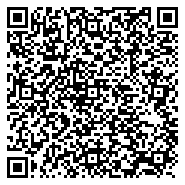