Mesogenic homologous series, 4-(4’-n-alkoxy benzoyloxy)-3,5-dichloro phenylazo-4’’- chlorobenzenes of twelve homologues has been synthesized. The first three and last three member of the series is non–mesomorphic. Mesomorphism commences from fourth homologue and ends to tenth homologue. Fourth to tenth homologues are monotropic nematic, while sixth homologue is enantiotropic nematic. Thus, totally six members of the titled homologous series are monotropically or enantiotropically nematogenic with threaded type texture. Smectic mesophase does not occur in any homologue of the series even in the monotropic condition. The solid-isotropic or solid-nematic transition curve follows a zigzag path of rising and falling tendency as series is ascended. The usual odd-even effect is observed in the nematic-isotropic (or vice versa) transition curve with alternation of transition temperature. Transition temperatures are observed through polarizing microscope with heating stage. The average thermal stabilities and mesomorphic properties of the series are compared with structurally similar other homologous series. Analytical data support the structure of the molecules. 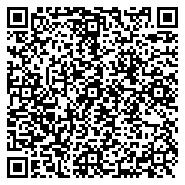