Studies on metal chelates with Schiff bases of dehydroacetic acid have received attention due to their excellent chelating capacity in modern coordination chemistry. The dehydroacetic acid is widely used as fungicide, herbicide and as preservative that has powerful antimicrobial affect against bacteria, yeast and particularly molds. This compound has several reactive functional groups and can serve as a reagent in organic synthesis. The complexes of Ni(II), Cu(II) and Zn(II) with Schiff base 3-(2-(1-(4-hydroxy-6-methyl-2-oxo-2H-pyran-3-yl) ethylidene) hydrazinyl)- 2H-benzo[b][1,4]oxazin-2-one (HMOPE-HBO) derived from dehydroacetic acid (3-acetyl-4-hydroxy-6-methyl-2Hpyran- 2-one) (AHMPO) and 3-Hydrazino-1,4-benzoxazine-2-one (HBO) have been synthesized. The ligand acts as tridentate ONN / ONO donor. The ligand was characterized by LC-MS, IR, 1H NMR and electronic spectral studies. Characterization of the complexes has been done on the basis of elemental analysis, molar conductivity, magnetic studies, thermal studies, IR, electronic spectral techniques, ESR spectral studies etc. The 3D molecular modeling structures of the ligand and its metal complexes are obtained by using Argus lab software. The geometrical structures have been found to be square planar/ octahedral. Thermal studies show degradation pattern of the compounds. 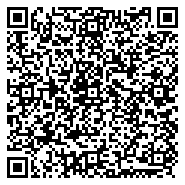