A series of novel pyrazoline derivatives have been synthesized by the base-catalyzed Claisen–Schmidt condensation of imidazole-2-carboxaldehyde with 1-acetyl-2-hydroxynaphthalene followed by cyclization with phenylhydrazine (L1)/ 2,3-dimethylphenylhydrazine (L2) and 3-nitrophenylhydrazine (L3). The metal(II) complexes [Ni(II), Co(II), Cu(II) and Zn(II)] were formed by reacting the corresponding metal acetates with the ligands. All complexes were characterized by elemental analyses, electronic, IR, NMR, mass and ESR spectroscopic techniques. The synthesized metal complexes of pyrazoline compounds showed significant antibacterial activity against the organisms Escherichia coli, Staphylococcus aureus, Klebsiella pneumoniae, Proteus mirabillis and Salmonella typhii when compared with the standard antibiotic (Streptomycin). The ligands and their metal complexes were screened for antioxidant activity using DPPH radical scavenging and superoxide radical scavenging assay methods. All the complexes showed good free radical scavenging activity which is comparable to that of the standards. Among the metal complexes, the copper complex has showed higher activity. The results were indicated that 2-pyrazoline (structural core) and copper ion could be responsible for the potential candidate eliciting antioxidant activity. All compounds were evaluated for their in vitro antimycobacterial activity against Mycobacterium tuberculosis. The ligands and metal complexes were subjected to fluorescence properties and exhibited that the variable fluorescence emission behavior of complexes. It can be attributed to the combined effect of the substituents and naphthyl structural core present in the ligands. 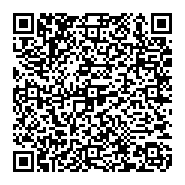