Spinach (Spionacia oleracea L.) is from chenopodiaceae family.This plant has many medicinal effects which are the most important aspects. This plant is really important because of having antioxidants and the highest absorption potential among vegetables for oxygen radicals. 75 male mice weredividedrandomly in five groups including control, placebo, and three experimental groups (50, 100, and 200mg/kg of the extract). The extract was injected in peritoneum for 20 days. Normal saline was used for placebo group. At the end of period, blood samples were taken and testosterone, LH and FSH amounts were measured. Obtained data were analyzed using SPSS program and one way ANOVA. Results showed that FSH and LH amounts were increased by 200 mg/kg group.Testosterone was increased in 50 and 100mg/kg groups but not in 200 mg/kg group.On the whole, results showed dose dependent effect of spinach extract on pituitary-gonadal axis of male sex which can affect reproduction potential. 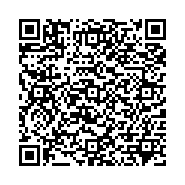