Oxidation of Leucine by pyridinium chlorochromate in aqueous DMF medium, containing perchloric acid has been studied at 40ºC. The rate of reaction was found to be of first order dependence on [PCC], [Leucine] and [H+]. The increase in the rate of oxidation with increase in acidity indicates the involvement of a protonated chromium (VI) species in the rate-determining step. The product of oxidation has been identified as 2-methylbutanal. The rate of reaction decreased with increase in the polarity (dielectric constant of medium) of solvent, which indicates that there is involvement of an ion–dipole type of interaction in the rate-determining step. The activation parameters have been evaluated. On the basis of the experimental findings, a suitable mechanism has been proposed.

Due to the direct or indirect impact on life and industry, systematic analysis of the kinetics and mechanistic studies of the oxidation of organic compounds has always been a subject of considerable importance. These studies emphasize on the mechanisms involved in the conversion of target molecules in the biological systems particularly in the biological process like age-related oxidations, oxidative stress and in some pathological conditions. The oxidative damage of proteins is considered as the most important modification. Since amino acid residues are the main constituents of proteins, the study of its sensitivity towards oxidation opens a new area to understand the mechanism involved in the protein and amino acid modifications. Amino acids were oxidized by a variety of oxidizing agents [1-3]. It acts not only as a building block in protein synthesis but also plays a significant role in metabolism. Oxidation study of amino acids is of great interest because of their biological significance and selectivity toward the oxidant to yield different products [4-7].

In this investigation Leucine Analar grade (SRL) were used as supplied and purity was cheked by its melting point. All other chemicals used in this investigation were of analytical reagent grade. Solution of HClO4 was prepared by diluting known volume of acid in water. The prepared solution was standardized by titration with previously standardized NaOH using phenolphthalein as an indicator. Doubly distilled analytical grade DMF (SRL) was used. And all other Chemicals used were of analytical grade with 99.9% purity.

The measurements of rate were carried out at 40 ± 0.1 ºC in 0.3 mole dm-3 HClO4 under the condition [Leucine] >> [PCC], in the solvent system of 70-30 % (v/v) DMF-H2O. The reaction was initiated by mixing a calculated amount of thermostatted pyridinium chlorochromate in to the reaction mixture. The progress of the reaction was followed by measuring the absorbance of PCC at 354 nm in 1 cm cell placed in the thermostatted compartment of JASCO model 7800 UV/VIS spectrophotometer.

The kinetic runs were followed for more then 60-70% completion of the reaction and good first order kinetics were observed. Pseudo-first order rate constant kobs were obtained from the slope of the plots of log (absorbance) versus time.

Reaction mixture containing known slight excess of PCC over Leucine containing 0.3 mol /dm3 [HClO4] in 70 vol. % DMF, 30 vol. % water mixture (v/v) were allowed to stand at 40ºC. When the reaction was completed, the pyridinium chlorochromate concentration was assayed by measuring the absorbance at 354 nm. The result indicated that two moles of PCC reacts with three moles of Leucine, as shown in Eq.1. The qualitative product study was made under kinetic conditions. The main reaction product was identified as 3-Methylbutanal by its 2,4-D.N.P. derivative. Nesseler's reagent test and lime water test were used to detect the ammonium ion and carbon dioxide, respectively, and Cr(III) was confirmed by the visible spectra of the reaction solution after completion of the reaction. The observed Stoichiometry may be represented as

The rate of reaction increases with increase in Lucine concentration (Table-1). The plot of logkobs versus log[Leucine] (Figure-1) was linear with positive slope 0.90 (≈1) indicating first-order dependence of the rate on [Leucine]. The plot of 1/kobs vs. 1/ [Leucine], (Figure-2) gives straight line with positive intercept, which indicates that Michaelis–Menten type kinetics, is followed with respect to Leucine. A similar phenomenon has been observed in the oxidation of α-amino acid by Cr (VI)[19,20]. Effect of Hydrogen Ion Concentration on Rate of Reaction Under the present experimental conditions, the concentration of anion form will be very low and hence the possible species may be either the cation form of amino acids or Zwitter ion. With cation as the active species, the rate law predicts a second-order dependence of the rate on [H+], which is contrary to experimental results. Protonated amino acids are not involved in the reaction sequence and the Zwitter ion is the active species in this reaction.

An amino acid is known to exist in the following equilibria The acid catalysis may well be attributed to a protonation of PCC to yield a stronger oxidant and an electrophile with both the protonated and unprotonated forms being reactive. The formation of a protonated species of PCC has been also reported [2,5,7,14-16, 21].

Effect of ionic strength on Rate of Reaction

Effect of Dielectric Constant on Rate of Reaction

The rate of reaction is increased with an increase in volume percentage of DMF i.e. the rate of reactions decreased with an increase in dielectric constant of reaction medium (Table-1). Amis [22] had shown that a linear plot of logkobs vs. 1/D a positive slope indicates a positive ion-dipole reaction, while a negative slope indicates the involvement of two dipoles or a negative ion-dipole reaction. In the present investigation a plot of logkobs vs. 1/D (Figure 4) gives a straight line with a positive slope clearly indicating that there is an involvement of positive ion-dipole in the rate determining step. Effect of Temperature on Rate of Reaction

To find out the effect of temperature on the rate of oxidation, the reactions was carried out at different temperatures. The rate constant of the reaction was found to increase with an increase in temperature [Table-1]. The plot of log k1 versus 1/T (inverse of absolute temperature) is a straight line [Figure 5]. This shows that Arrhenius equation is valid for this oxidation reaction. Figure 5: Variation of Rate with Temperature

And activation parameters have been calculated (Table-3).

The entropy of activation is negative as expected for bimolecular reaction. The negative value also suggests the formation of a cyclic intermediate from non-cyclic reactants in the rate determining step [23]. The complex formation is proved by the plot of inverse of rate constant against inverse of substrate concentration. It has been pointed out [24] that if entropy of activation is negative and small the reaction will be slow.

Effect of Acrylonitrile and Pyridine

To test for free radicals, the reaction mixture was treated with stabilizer free acrylonitrile and was kept for 24 hours in an inert atmosphere. On diluting the reaction mixture with methanol, no precipitate was observed, indicating that there is no involvement of free radicals in the reaction under kinetic conditions. The rate of reaction does not change on addition of pyridine indicating thereby, the stability of PCC i.e. PCC is not hydrolyzed in the conditions understudy.

On the basis of above experimental results the following possible mechanism has been proposed for the oxidation of glycine, alanine, phenyl alanine, leucine, isoleucine and tyrosine The overall reaction may be represented as

On the basis of above mechanism, the rate law can be expressed as:

There for km can be calculated by intercept of plot 1/ kobs versus 1/ [AA].

The reaction is of first order with respect to [PCC], [Leucine], and [ H+] ion. The study on the oxidation of Leucine by pyridinium chlorochromate in DMF-water media in the presence of perchloric acid reveals that the neutral amino acid take part in the reaction, protonated amino acid is not involved in the reaction. The Michaelis–Menten type kinetics is observed with respect to Leucine. Although the intercept value [Km = 0.007] is very small but the value indicates the formation of complex which may be highly reactive so concentration will be very small at any time. The reaction was carried out at different temperatures. In the temperature range of 298-323 K, Arrhenius equation is valid. The thermodynamic parameters indicate that the reaction is entropy controlled.

The overall mechanistic sequence described here is consistent with the product analysis and by kinetic and mechanistic studies. 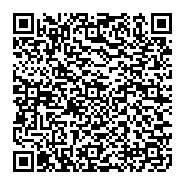