Applications of Chromium(VI) Complexes as Oxidants in Organic Synthesis: A Brief Review

Applications of Chromium(VI) Complexes as Oxidants in Organic Synthesis: A Brief Review

Although there are various oxidants known for their versatility & efficiency, still there is a continuous search for new oxidants in the field of organic synthetic chemistry. Over the past few years, a lot of work has been done on the utility of chromium(VI) based oxidants, leading to the development of a variety of reagents. The present study compiles different types of chromium complexes and their synthetic utility in organic chemistry as new oxidizing systems.

The first attempt to make a mild reagent of substituted chromates was reported by Sarett and coworkers, who used pyridine to form a salt with CrO3, in order to oxidize steroidal alcohols. A variety of Cr(VI) oxides derived from CrO3 were long among the most popular reagents for oxidation of alcohols to aldehydes and ketones. Pyridinium chlorochromate, pyridinium dichromate and chromic oxide-pyridine (Collins reagent) are the most common used ones. The oxidation of alcohols can usually be stopped at the aldehyde stage although oxidation to carboxylic acids can also be achieved.

Despite its selectivity, Collin’s reagent suffers from difficulties associated with its preparation, stability and efficiency. The less reactive adducts PCC and PDC are more easily handled and more selective than Collin’s reagent in oxidation of alcohols. These reagents as well as other more exotic adducts of nitrogen heterocycles with Cr(VI), facilitate a number of oxidative transformations of organic compounds, including cyclization to form tetrahydrofuran derivatives and allylic transposition to afford enones from allylic alcohols.

Many authors [34-37] have reviewed and reported the oxidation of organic compounds by Cr(VI) in acidic media. Cr(VI) oxidations of inorganic substrates was studied and reviewed by Beattie & Haight [38]. The chromates and dichromates of Cr(VI) are reported [39] to be highly soluble and very toxic as well. Therefore a continuous search for a selective and efficient oxidizing agent for various organic substrates under milder conditions was of interest to synthetic organic chemists. This led to the development of many such reagents with some success [40].

Oxidation of alcohols into the corresponding aldehydes and ketones efficiently using trimethyl-silyl chlorochromate was reported [41,42]. An excellent yield of carboxylic acids is obtained by CrO3 catalysed novel oxidation of primary alcohols by using only 1-2 mol % of CrO3 and 2.5 equivalents of H5IO6 in wet MeCN. Here, no significant racemization is observed for alcohols with adjacent chiral centres. However, secondary alcohols are cleanly oxidized to ketones (Schemes 1-17) [43].

A CrO3 catalysed efficient oxidation of benzyl alcohols and benzyl TBDMS ethers to give high yield of corresponding carbonyl compounds proceeds with periodic acid at low temperature (-78°C). The oxidation procedure was found to be highly functional group tolerant & very selective for the TBDMS group over the TBDPS group [45].

A facile and quantitative preparation of carboxylic acids by PCC catalyzed (2 mol %) oxidation of primary alcohols and aldehydes using 2.2 equivalents and 1.1 equivalents of H5IO6, respectively, in acetonitrile is described [46].

A potent and expeditious oxidative deamination of various α-aminophosphonates allows the synthesis of α-keto-phosphonates using ZnCr2O7.3H2O under solvent free conditions at room temperature [47]. This method can also be applied to the rapid and highly selective oxidation of various amines to aldehydes & ketones in very good yields.

The oxidation of alcohols by modified oxochromium(VI) amine reagents was reported [48,49].

Domino reaction of solanopyrone in total synthesis was described [50].

Majetich and coworkers [51] reported the oxidation of tertiary allylic alcohols to rearranged enones.

Chromium oxide reagents are used as a better option for the difficult transformation of the functionalization of allylic positions which are usually done by distinct methods like allylic halogenation, singlet oxygen and selenium dioxide). Numerous other reagents like NBS, SeO2, CrO2Cl2 failed altogether. Cr(VI) complexes oxidize alkenes to enones in favourable cases. The reaction is carried out efficiently when one of the double bond termini is fully substituted i.e., cannot be oxidized to a ketone [52,53].

Sarrett [54] identified the adduct of pyridine and Cr(VI) oxide i.e., Collin’s reagent as a selective compound for the oxidation of primary and secondary alcohols to carbonyl compounds. Trihaloacetic acids can be converted to trichloromethyl and tribromomethyl ketones in good yield by a catalyzed reaction with aldehydes followed by oxidation [55].

Oxidation of lysine by chromium (VI) in acid perchlorate medium has been studied. Microwave assisted oxidation of organic compounds such as carbohydrates and polycyclic arenes by cetyltrimethyl ammonium chlorochromate was reported [60].

Cr(VI) complexes are considered as a very important class of organic compounds because of their oxidizing properties. Cr(VI) reagents have a wide spectrum of application in synthetic organic chemistry. Here we have made an effort to compile most of these oxidation processes using these reagents which are reported in recent years. However, there is still a need to explore several areas of these transition metal complexes and to synthesize new ones with more properties. 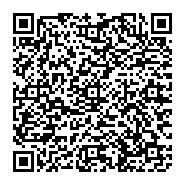