Distinctive electronic and spectral attributes of taurine derivatives are useful for designing a novel anti-Zika virus drug design and architecture. In this view, we introduced some exotic functional chemical compounds that may act as potential inhibitors of Zika virus attack via the NS3 protease which in turn responsible for virus replication inside the host cell. The proposed structures were derived from the natural compound taurine (already existed in the human body) which conjugated to tetra-peptide sequences for NS2A/NS2B junction. Optimization and infrared vibration analysis confirmed the validity of the structure. Electronic configuration was studied using B3LYP approach with 6-31G** basis set to evaluate each proposed compound. Infrared spectral analysis follows each optimization at the same level of method. The introduced compounds show more stability and reactivity than that for taurine. This indicates the important role of tetra-peptide sequences to increase the stability of suggested compounds and may give the compounds good inhibition activity against Zika virus NS3 protease. Computational studies were implemented on Shaheen supercomputer under operation of Gaussian 16 program.

Being a new flavivirus, Zika virus (ZIKV) is presently considered as one of the most severe public health threats [1]. Amongst all the recently reported global infectious diseases, it ranked in the third position after the H1N1 flu and the Ebola virus [2,3]. Bite of infected Aedes aegypti and Aedes albopticus mosquitoes are known to be the major reasons for the ZIKV transmission to humans [4]. Besides, non-vector-borne infection through perinatal [5] and sexual [6] transmission are the other routes. The symptoms for ZIKV infected patient include mild fever, skin rash, muscle and joint pain, and/or conjunctivitis [1,7].

Most importantly, ZIKV is also accountable for a rare disorder in the immune system wherein healthy nerve cells in the peripheral nervous system are attacked through congenital malformations and Guillain-Barre syndrome [7]. Pregnant women when exposed to ZIKV are under severe danger, leading to serious birth related defect of the newborn called microcephaly [8]. This defect is characterized by the cephalic perimeter shrinkage of the baby because of viral destruction of the neural cells. Thus, World Health Organization in early 2016 declared the ZIKV as a public health emergency [3].

Structurally, ZIKV is a single-stranded RNA virus with the genome of about 10.7 kb of positive polarity [9] which is translated into a polyprotein. This polyprotein is further cleaved into three structural proteins (capsid, precursor-membrane/membrane, and envelope) and seven non-structural proteins (NS1, NS2A, NS2B, NS3, NS4A, NS4B, and NS5) [10,11]. The host cell invasion by ZIKV depends on the envelope protein that identifies the host receptor, followed by fusion between the virus and intracellular membranes [12], viral RNA translation and replication in the host cytoplasm, and eventual virion release. The NS3 and NS2B proteins reveal similar chymotrypsin-like fold as other flavivirus proteases [13]. The NS3 encloses a helicase and RNA tri-phosphatase domain that participate in viral replication at the C-terminus. Meanwhile, the NS3 at the N-terminus contains the sequences homologous to serine proteases that cleave the viral polyprotein through NS2B as a cofactor [14]. Therefore, the NS2B-NS3 protease can be the attractive candidate for antiviral target.

Despite many efforts to develop inhibitors and vaccines for ZIKV such as DNA vaccine [15], mRNA vaccine [16], and live attenuated vaccine [17] commercial drugs is remaining deficient. Such limitations are majorly linked to the technical issues for cultivating the ZIKV and other experimental complexities including high costs and labor intensive research and developmental process. Researches revealed that taurine (C2H7NO3S) owing to its unique electronic and spectral characteristics can be effective for anti-Zika virus drug formulation. Being one of the most abundant natural sulfonic (sulfur-amino) acids in the human body, taurine plays a vital role to regulate our diverse physiological processes. Furthermore, taurine has been exploited in pharmaceuticals to attenuate the heart failure progression [18] and diabetic symptoms [19] by reducing the hypertension and hypercholesterolemia [20]. Nevertheless, taurine plays a decisive role in the early embryonic stages wherein it operates as a trophic factor to develop the central nervous system [21], serves as a neurotransmitter [22] and neuromodulator [23], as well as defends against the L-glutamate toxicity [24,25].

Considering the favorable neuroprotective traits of taurine [26] together with its abundance and ease of transport through the blood–brain barrier, present study explored the feasibility of using taurine as potential anti-ZIKV agent. Interestingly, by conjugating taurine with natural amino acid substrates a complex was created which could function as a binding site competitor with the ZIKV protease enzyme at the active target sites. Understanding on electronic structure properties of taurine is essential for anti ZIKV drug development. Calculations based on molecular modeling are useful to overcome the experimental limitations involving ZIKV inhibitors formulation. On top, such model simulation can predict the physical, chemical, and biological properties of molecules more accurately. Meanwhile, it can be used to simulate the behavior of ligands and molecular systems to unravel the inhibition activities of aspirant inhibitors towards virus replication via effective enzymes targeting. So far, such models have only been proposed for agents that inhibit hepatitis C virus [27,28], human immunodeficiency virus [29,30], and dengue virus [31]. Thus, molecular modeling for electronic structures and spectroscopic properties calculations are still lacking.

This work used molecular model based B3LYP approach with 6-31G** basis set to evaluate the electronic structures and infrared absorption characteristics of eight newly suggested ZIKV inhibitor compounds. These taurine complexes were comprised of tetra-peptide sequences of the natural substrate targeted for the NS2A-NS2B interaction (Ser-Gly-Lys-Arg).

The computational models for the candidate inhibitors, taurine and natural substrates were built using GaussView 6 graphical interface [32]. Structural geometries optimization of the designed compounds and the vibrational spectra were computed using B3LYP with the 6-31G** basis set. Computations were performed using Gaussian 16 (G16) electronic structures code [33] in the Shaheen supercomputer. Shaheen is the largest and most powerful supercomputer in the Middle East, consisting primarily of a 36-cabinet Cray XC40 supercomputer (a total of 196608 cores) with the processing power of 5.54 petaflops.

Electronic structures and IR spectra of candidate inhibitors, taurine, natural substrates and diverse compounds were computed using B3LYP/6-31G** molecular model simulation. The calculated electronic structure and IR spectra of taurine (a natural compound in the human body) revealed its effectiveness towards ZIKV-NS3 protease inhibitor. Upon conjugating taurine with natural substrate it was disclosed to compete with the ZIKV protease enzyme during the replication and maturation cycle of the virus. The studied compounds show more stability (low total energy) and more reactivity with surrounding system (high dipole moment and low ) than that for taurine or natural substrate. This demonstrates the important role of conjugation between taurine and tetra-peptide sequences to increase the stability of suggested compounds and may give the compounds good inhibition activity against Zika virus NS3 protease. We demonstrated that the conjugation of taurine with a tetrapeptide substrate could produce a significant shift in the vibrational bands promising for anti ZIKV drug formulation. The molecular docking studies of the candidate inhibitors for further confirmation of the present findings and future anti- ZIKV drug development using taurine is worth undertaking. 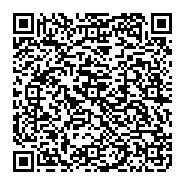