Liquid chromatography-mass spectrometric (LC/MS) analysis of the leave’s methanol extract of Fortunella margarita (Lour.) Swingle led to the identification without isolation of four main compounds. Extensive chromatographic purification revealed the isolation of acacetin 7-neohesperidoside, acacetin 7-rutinoside and 4-(β-D-glucopyranosyloxy) benzoic acid. Proton Nuclear Magnetic Resonance (1H-NMR) and Carbon-13 Nuclear Magnetic resonance (13C-NMR) along with HR-ESI/MS were used to elucidate the chemical structure of the isolated compounds. Liver protection against DMN and/or CCl4-induced toxicity was evaluated for the ME of F. margarita, and the obtained results showed that the ME decreased the elevated liver enzymes to the normal level, indicating the protection of structural integrity of hepatocytic cell membrane or regeneration of damaged liver cells.

Fortunella margarita Lour. Swingle (Synonym: Citrus japonica Thunb.) belongs to the family Rutaceae, and known as Nagami or oval kumquat, its origin back to Asia (Southeastern region) i.e., China, and it can be cultivated elsewhere as in Egypt. Folkloric medicinal uses of F. margarita recorded a wide range of activity such as anti-fevers, anti-hepatitis and anti-asthmatic [1], and anti-inflammatory [2]. Leaf decoction of Fortunella used to treat coughs (i.e., whooping coughs), headache, viral hepatitis, diabetes, fever, etc. [3]. Moreover, F. margarita as well as other species used to prepare fruit salad, marmalade and food preservative [4].

The presented study was conducted to discover the phenolic content of the ME of F. margarita leaves, and study its hepatoprotective activity which documented by a histopathological supplementation.

F. margarita (Lour.) Swingle leaves were collected from the Green Farm, 171 Cairo-Alexandria Desert Rood, Wadi El-Natroun, El-Beheira Governorate, Egypt, during the flowering stage August 2006. The plant was kindly authenticated by Mrs. Therese Labib, Consultant of Plant Taxonomy at the Ministry of Agriculture at EL-Orman Botanical Garden, a voucher specimen (No. 000120FC 04-09-06-25) was kept at the herbarium of EL-Orman Botanical Garden. The leaves were air dried at r.t., powdered and kept for further processing.

Nuclear Magnetic Resonance (NMR) Spectra were obtained using a pulse sequence supplied from JEOL 500 MHz. Chemical shifts were given in values (ppm) relative to Trimethylsilane (TMS) as an internal reference for both carbon and proton. LC/MS and HR-ESI/MS: as reported [12,13]. All used solvents were of AR grade. Kiesel gel 60 F254 (Merck) was used for analytical TLC. Silica gel for column chromatography (70-230 mesh, Merck, ASTM), and Sephadex LH-20 (Pharmacia, Uppsala, Sweden).

Chemicals used in the present study were of high analytical grade, products of Sigma (USA), Merck (Germany) and BDH (England). Kits used for the quantitative determination of different biochemical parameters were purchased from Bio-diagnostic Company.

Male Wister albino rats weighting (120-150 g) used for DMN-liver adenoma, and male Wister albino mice weighting (20-30 g) used for CCl4-induced toxicity, were supplied from the animal house of National Research Centre (Dokki, Giza, Egypt). Animals were kept for two weeks to accommodate on laboratory (environmental and nutritional) conditions, given food and water all over the period of the experiment.

Dried ME of F. margarita leaves (100 mg/kg body weight) was given orally for four weeks. Hepatic fibrosis was induced by intraperitoneal injections of DMN dissolved in saline in doses of 10 mg/kg body weight. The injections were given on the first three consecutive days of each week over a period of four weeks. Control animals were also received an equal volume of 0.15 mol/l NaCl without DMN. The injections were given without anesthesia [14].

32 male albino mice were divided into four groups (each of eight mice).

G-II: Normal healthy mice orally administrated with ME twice a week for 7 weeks.

G-IV: IP injected with CCl4 and orally treated with ME twice a week for 7 weeks.

All data were expressed as mean ± S.D. of eight rats in each group. Statistical analysis was carried out by one-way analysis of variance (ANOVA), CoStat software computer program.

Treated groups with maximum activity were chosen (one animal each) for this purpose. The animals were sacrificed and the abdomen was cut open to remove the liver. Representative slices from liver were taken from the eviscerated animals and fixed in 10% formalin. Paraffin embedded sections were taken after fixation. Sections (5 μm thick) were stained with haemoatoxylin and eosin (H&E). Masson’s Trichrome was used for detecting the collagen deposition in the hepatic tissue for CCl4-induced toxicity. The stained sections were studied by light microscope for demonstration of pathological changes [26].

Figure 1: Structures of the isolated compounds

DMN is a member of nitroso compounds, which is introduced in some food products and processed meat [29]. Moreover, it can be formed via nitrosation of amines present in food and drugs [30]. DMN is carcinogenic to spleen, lungs, liver and kidney [31] its metabolism led to the formation of methanol and formaldehyde, together with reactive oxygen species (ROS) i.e., superoxide anion (O2-), hydrogen peroxide (H2O2) and hydroxyl radicals (OH·) that damage liver cells, in addition, alkylating intermediates may also formed and react with nucleic acids and proteins leading to oxidative stress [32].

In the present study, the hepatocellular oxidative damage caused by DMN led to a marked elevation (Table S2and Figures S8a,b) in the levels of liver function enzymes; ALT, AST, γ-GT and ALP, with concomitant decrease in the level of serum albumin in DMN treated rats (G-2) compared to the control groups (G-1, P<0.0001). Our findings were compatible with several studies reported similar alterations of these markers during DMN administration [33-35].

Briefly, oral administration of the ME of F. margarita leaves (G-4) resulted in significant reduction of the serum ALT, AST, γ-GT and ALP. Moreover, its administration as prophylactic agent to rats treated with DMN (G-3) restored the level of serum albumin to its normal level (P<0.0001), these observations suggested that F. margarita ME tend to prevent liver damage by maintaining the integrity of the plasma membrane, thereby suppressing the leakage of enzymes through membranes, exhibiting hepatoprotective activity. This might be the reason for the restoration in the activities of the marker enzymes during administration of these extracts.

These biochemical findings were supported by histopathological observations (Figures 2-5), which accounted for the potent hepatoprotective action of the ME of F. margarita leaves.

Figure 2: Sections of normal rat liver.
A) Section of control liver showing the architecture of a hepatic lobule. The central vein (C) lies at the centre of the lobule surrounded by the hepatocytes (HC) with strongly eosinophilic granulated cytoplasm, and distinct nuclei (N). Between the strands of hepatocytes the hepatic sinusoids are shown (HS). B) Section of control liver showing the portal tract (PT) (H&E 300X). Figure 4: Sections of liver of DMK-intoxicated rat co-administered with ME of F. margarita leaves.
A) Showing section of liver that appear more or less like normal morphological structure, vacuoles in the cytoplasm (arrow) and pyknotic nuclei (arrowhead) in few hepatocytes also observed. B) Showing lobule architecture that appears more or less like control one, notice that the congested and dilated blood sinusoids (arrow) and the activated kupffer cells (arrowhead) (H&E 300X).

Figure 5: Section of liver of normal rat treated with ME of F. Margarita leaves, showing normal structure of the hepatocytes (H&E 300X)

The above biochemical records were assured by histological architectures (Figures 6-9), briefly, Figure 6, and represent liver sections of control mice, with normal histological structure of hepatic lobules and central vein (CV). Histological patterns appeared in Figure 7 represent liver sections for mice administered with CCl4 for 7 weeks, and revealed extensive fibrosis in the periportal areas, massive vascular degeneration and the dilated blood sinusoids are filled with red cells (arrow). Moreover, Figure 8, no changes in hepatic cells architecture were recorded for mice treated with ME, which accounted for its safety. In addition, co-administration of ME to CCl4-intoxicated mice showing spontaneous regression of fibrosis in the periportal zone and hepatic cells closed to the control (Figure 9). The resulted hepatoprotective action induced by ME of F. margarita leaves against DMN-induced liver adenoma and/or against CCl4-induced liver toxicity, can be accounted mainly on its phenolic content ´the isolated compounds 1-3.

Numerous reports confirmed the potential effect of phenolics as hepatoprotective agents, and its correlation with their antioxidant activity that able to scavenge the ROS formed from DMN and/or CCl4 metabolism [41,42].

The authors are grateful for the financial support by National Research Centre, Cairo, Egypt.

Hence, and according to the above mentioned data and by comparing with literature, compound (1) was established as formulated in Figure (S7) and assigned to acacetin 7-O-neohesperidoside [1].

Due to the similarity between the 1H-NMR spectra (Figures S2c and S3c) of both compounds (1 & 2), it was suggested that compound (2) is the isomeric form of compound (1), which was confirmed by the same molecular ion mass with different retention time as appeared in the total ion chromatogram of the LC/MS (Figures S2a and S3a) of both compounds. Furthermore, the CID/ESI-MS/MS fragmentation (Figure S3b) of compound (2) revealed the difference between the two compounds (1 & 2) as the mass fragmentations corresponding to acacetin 7-O-rutnioside [2].

These findings unambiguously established the structure of compound (2) as formulated in Figure (S7) and assigned to acacetin 7-O-rutinoside [2].

According to the above mentioned data compound (3) was structurally elucidated as formulated in Figure (S7) and assigned to 4-(β-D-glucopyranosyloxy) benzoic acid [3,4]. Table S1: Compounds identified by LC/MS of the ME of F. margarita leaves

Table S2: The prophylactic effect of the ME of F. margarita leaves on the levels of ALT, AST, ALP, GGT and Albumin in DMN treated rats in serum Figure S8a: The percentage of change of serum ALT and AST in different groups compared to control Figure S9: Effect of ME of leave on ALT, AST, ALP and direct bilirubin levels

Table S4: Effect of ME of leaves on liver weight, body weight and liver ratio Figure S10: Effect of ME of leaves on liver weight, body weight and liver ratio

Table S5: Effect of ME of leaves on triglycerides, cholesterol and total lipids Figure S11: Effect of ME of leaves on triglycerides, cholesterol and total lipid 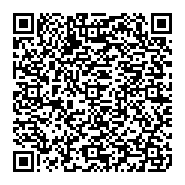