The main aim of present research work is to evaluate and compare the standards regarding quality of generic and two branded antihypertensive drug (atenolol). The drugs are evaluated and results showed that branded and generic meet the pharmacopoeial specifications. Further all tablets passed weight variation, hardness, thickness, friability, disintegration, dissolution, assay parameters as per pharmacopoeia. Hence we can say that branded and generic drugs of antihypertensive are equal. Hence health care professionals are suggested to prescribe generic drugs so that every man can reach the coast of drugs and maintain health.

Medical stream in the present scenario has converted into a therapeutic jungle. Many Pharmaceutical industries are out coming with new molecules to cure many dreadful diseases. The single non-proprietary drug (generic) is manufactured by different pharmaceutical companies by different brand names. Many research studies shows that in many countries, it is found that many people are dying not because of diseases but their inability to meet the coast of the medication for their diseases. So in order to meet the problem of common man manufacturing of the generic drugs should be encouraged under proper vigilance of government by following pharmaceutical international standards. In several research studies it is found that especially in rural areas most of the drugs are consumed without proper prescription which is very dangerous activity followed, apart from this our government is selling few drugs as the over the counter drugs to treat common diseases. It is found that few small scale Pharma companies are also following the Pharmacopeial standards which are maintained by pharmaceutical regulatory authorities during manufacturing of the drugs. The same generic drug is manufactured by different pharmaceutical companies under different brand names and sold under different coast. The present studies aims to throw away the blind belief of many people that branded drugs show better therapeutic activity than the generic drugs. So the quality of drugs can be accessed by qualitative and quantitative analysis of the drug formulation. As per pharmaceutical standards the parameters like weight variation, hardness, friability, disintegration, dissolution and pH of the drug are studied in our research work based on the fact that any drug dosage form when consumed orally it first disintegrate then gets dissolved and finally absorbed into the systemic circulation. The various processes which a drug undergoes inside the body are studied externally using various equipments as in vitro studies. In the present study we are analyzing antihypertension drug (atenolol) are used for treating hypertension [1-7]. 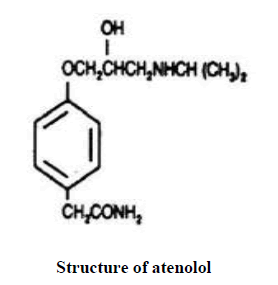 The chemicals like chloroform, methanolic hydrochloride and reagents were used in analytical grade. The drugs were procured from commercial source. The distilled water used for the preparation of sample dilutions is prepared by triple distillation method. The atenolol tablets were taken from one of the reputed pharmaceutical stores as well as taken from the Government hospital pharmaceutical stores.

Various analytical methods and tests are important for the development and manufacture of pharmaceutical formulations. The evaluation was done according to USP and BP standards.

Weight variation: Weigh Sample tablets (20) of each brand individually on electronic analytical balance The average weight and the percentage (%) deviation was determined. The results are shown in Table 1.

Hardness test: The hardness of 5 atenolol tablets of each brand was measured by using Monsanto hardness tester. The hardness determines the resistance of tablet for breakage, under conditions of storage, transportation and handling, before usage. The results are shown in Table 1. Limits-As per I.P 3-10 kg (oral compressed tablets).

Friability test: Friability determines the physical strength of tablet upon exposure to mechanical shock and attrition. Roche friabilator was used to measure the friability. The initial weight of 20 tablets is taken as (W1) and placed in a friabilator for 4 min at a rate of 25 rpm for 100. After 100 revolutions the tablets were weighed again and noted as (W2). The difference between the weight before and after the process is determined as Friability and should not exceed 1%. The percent friability was determined using the following formula. The results are shown in Table 1.

Limits-As per I.P friability limits are does not cross the more than 1%

Disintegration test: The aim of this test is to monitor quality of different dosage forms and their performance through evaluating the time a formulation (tablet or capsule) takes to completely disintegrate The disintegration time is determined at 37°C in triple distilled water using a Electronics India 1901 Microprocessor Multi-unit disintegration apparatus (USP) for randomly selected five tablets. If disintegration time is found too high, it is considered that the tablet is highly compressed or the capsule shell gelatin is not adhering to pharmacopoeial quality. The results are shown in Table 1.

Dissolution studies: Drug dissolution testing is routinely used to provide critical in vitro drug release information for both quality control purposes. The Atenolol tablets are added to 900 ml of dissolution media (PH 7.4 phosphate buffer) contained in USP dissolution apparatus II and stirred at a speed of 60 rpm at 37 ± 0.5°C. Ten millilitre aliquots were withdrawn at interval of 10, 20, 30, 40, 50, 60 minute and replaced by 10 ml of fresh dissolution media (37°C). The samples were collected and analyzed after suitable dilution at 252 nm using systronic UV-visible spectrophotometer against the blank. The results are shown in Table 1 and Figure 1. Figure 1: Dissolution profile of Generic and non-generic drugs of Atenolol

Preparation of standard stock solution: The standard solution of Atenolol is prepared by dissolving the weighed 10 mg of drug sample into a 100 ml volumetric flask and the volume is makeup to 100 ml to get the concentration of 100 μg/ml using methanol as an solvent.

Preparation of calibration curve and λmax of Atenolol determination: From the above prepared standard stock solution fresh aliquots were pipette out and suitably diluted with methanol to get final concentration in the range of 5-30 μg/ml. The prepared dilutions were scanned under 200-400 nm wave length range and a sharp peak was obtained at 241 nm (Figure 2). Calibration curve was plotted by taking concentration of solution on x-axis and absorbance on y- axis. The λmax is shown in Figure 3. 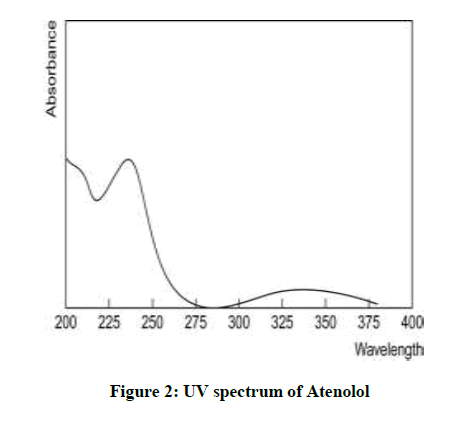 Procedure: Weigh about 20 tablets of Atenolol, powdered and weigh equivalent amount of drug about 10 mg and transferred into a 100 ml volumetric flask. Then add few ml of methanol and make it to dissolve and the final volume were made up to mark with methanol. The solution was then filtered through whattmann filter paper and the absorbance was measured against blank. The amount of atenolol was computed by using the equation referring to the calibration curve data represented in Table 2.

The results of our study conducted on generic and two different brands of atenolol tablets, met the IP requirements of quality control tests within specified limits.

In the present study we have tried to prove the quality of Generic & different brands of the atenolol tablets, atenolol is widely used antihypertensive agent. The drugs are also manufactured and marketed by many companies which include national, international and local industries. The study is based only to compare the different parameters of different brands with pharmaceutical standards. It is carried out in a in vitro studies. The various physical parameters of tablets like weight variation, hardness, thickness, friability, dissolution, assay and disintegration time are accessed were within the pharmacopoeial specifications. Disintegration time of the entire branded and generic tablet was found in the pharmacopoeial limit while generic tablet showing little higher disintegration. Drug release of generic tablet was found to be 99.1 % in 30 minutes which is comparatively lesser than the branded tablets which showed drug release 100% in 30 minutes. Hence, it can be concluded that tablets were all found to be as per pharmaceutical specifications.

Finally study suggests that generic and branded (non-generic drugs) shown equal results Hence generic form of the drug should be widely prescribed to reduce the medication cost and make the treatment economical. So that ordinary people can also meet the medication cost and finally we can world people as healthiest rather than wealthiest. 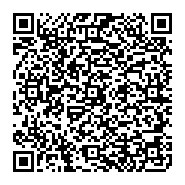