The present work is aimed to study the removal of Acid Vliolet dye from aqueous solution and also from textile effluent by adsorption technique using a low cost, ecofriendly bio waste, Blue-Green Algae. The structural and morphological features of BGA are characterized by SEM analysis. Physico-chemical characteristics and adsorption efficiency of BGA of the wastewater are also being determined. Batch mode adsorption studies were carried out to study the feasibility of the removal of dye using Blue Green Algae by varying the initial concentration of the dye solution. The percentage removal of dye onto Blue Green Algae by the comparison with Commercial Activated Carbon on the application of industrial wastewater containing dyes was evaluated. The results revealed that BGA, as a potential adsorbent for the adsorption of Acid Violet dye in textile effluents onto BGA.

Mankind has used dyes for thousands of years. Till the late nineteenth century, all the dyes were more or less natural with main sources like plants, insects and mollusks, and were generally prepared on small scale [1]. More than 100,000 synthetic dyes and pigments are produced annually worldwide. The annual production of dyes & pigments is more than 7 x 105 tons [2-4].

Synthetic dyes are used extensively by several industries such as textile, paint, cosmetics, plastics, pharmaceutical, pulp & paper, leather and tannery industries. The dyeing operations are of primary environmental concern for a number of reasons: dyeing is a water intensive process; large amount of salts are often needed to improve dye fixation on the textile material; many dyes contain heavy metals and toxic organic phenol derivatives and aniline derivatives. These industries generate high amount of wastewater. It is estimated that 10-15% of the dyes were lost in the dye effluent during dyeing processes [5]. Dyes once enter the water it is no longer good and sometimes difficult to treat as the dyes have a synthetic origin and a complex molecular structure which makes them more stable and difficult to be biodegraded. Dyes interfere with light penetration and oxygen in water bodies and upset the biological metabolism and cause direct destruction to aquatic life [6,7]. The effluents containing dyes are hardly decolorized by conventional physical, chemical and biological treatments. Some of these treatment have been shown to be effective, but either expensive or could not cope with high concentration of contaminants [8]. Thus, the need for an effective process that efficiently remove colour is now at a top priority, one out of them is adsorption using activated carbon [9,10].

In view of the above facts, this paper is aimed to study the removal of Acid dyes from aqueous solution and also from industrial effluent by adsorption technique using a low cost, ecofriendly biowaste, Blue Green Algae.

Algae are simple aquatic plants that occur naturally in habitats such as rivers, lakes, dump soil, tree trunks, hot springs and snow. Blue Green Algae are small organism and can be seen under the microscope as a strings of cells (trichomes). Some accumulations may be so large that they are easily seen with the naked eye. Also, it is a safer and more cost-effective adsorbent for wastewater treatment [11,12]. Blue Green Algae was collected from the nearby ponds of agricultural land area. The impurities and contaminants are removed and it is washed under running tap water. It is dried in sunlight for fifteen days, grinded and powdered in the laboratory pulverizer. The powdered biomass is sieved using 250 - mesh wire sieve and stored in airtight container which is used for batch mode adsorption experiments (Figure 1). Preparation of the adsorbate

The Acid Violet dye used in the present study is procured commercially from the dyeing powder agents. The stock solution of the dyes used in this study is prepared by accurately weighing 5 g of the dye and dissolving in 1000 ml with distilled water. Figure 3: Structure of the Dye

Batch mode experiments are conducted using the adsorbent BGA and Commercial Activated Carbon (CAC) as an adsorbent. 100 ml of the solution containing 100 mg of the Acid Violet dye are prepared from the industrial effluent. The pH of the industrial effluent collected varied from 8.76 to 10.57. Therefore, the pH is adjusted to pH 7.0 ± 0.2 using 0.1 M H2SO4 and then the 100 ml of the industrial effluent dye solutions containing 100 mg of the dye are taken in the Pyrex bottles and agitated using horizontal electrical bench shaker at 32 ± 0.2°C for predetermined time intervals of 10-180 min. The solutions are filtered and analysed colorimetrically to find the amount of dye adsorbed.

Effect of initial concentration of dye solution on dye removal

The study of the distribution of the dye between the adsorbent and the dye solution at equilibrium is important to assess the adsorption capacity of the adsorbent for the dyestuff.

Table 2: Adsorption of dye with variation of initial concentration of acid violet solution

The results depicted that the removal of dyes increased (mg.g-1) progressively with the contact time for all the concentration of the dye solution used in this study. In addition, perusal of the results indicated that with increase in dye concentration the percentage removal decreased, but the amount of dye adsorbed/unit weight of the adsorbent (mg.g-1) increased for all the four dyes used in this study suggest that, the dye removal using adsorption technique is concentration dependent. Further, it was observed that the rate of adsorption was higher in the initial stages, because of the dye uptake onto exterior surface, after that the dye molecules are entered into pores (interior surface), relatively slow process. This is due to an increase in the driving force of the concentration gradient, as an increase in the initial dye concentration, mass transfer driving force became larger and the interaction between the dye and adsorbent was enhanced, hence resulting in higher adsorption capacity [2,13-15]. The results obtained in this study are in good agreement with the results reported on the extent of removal of dye on activated carbon [16], on rice husk [17], on oak [18], on carbon nanotubes [19].

The textile dye effluent is collected at a common effluent treatment plant in Tirupur, the techcity of Tamilnadu, India. The batch mode experiments are carried out by fixing the optimum conditions and the contact time is maintained as 180 min. Blue green algae was found to be efficient in the removal of the dyes from the industrial effluent and the experimental work reported lesser percentage removal from the effluent when compared to that of aqueous solution, which could be attributed due to the presence of dissolved salts. This may be due to the adsorption of other pollutants present in the industrial effluent on the surface of the adsorbent BGA. The comparison data for the adsorption of dyes from aqueous solution and from industrial effluent using BGA are given in Figure 5. The percentage removal of Acid Violet dye from aqueous solutions and also from dyeing industrial effluents using the adsorbents Blue-Green Algae and Commercial Activated Carbon are investigated. Batch mode experiments are carried out by using the 100 ml of dye solution containing 100 mg. l-1 at 32 ± 2°C and at pH 7.0 ± 0.2 with 100 mg of the adsorbents. The obtained results are given in Table 3.

Removal efficiency of the adsorbent Blue-Green Algae (BGA) is an important aspect and it should be relative as it needs to be compared with the Commercial Activated Carbon (CAC). Commercial Activated Carbon has greater percentage removal of the dyes from aqueous solution and also from dyeing industrial effluents, compared to that of Blue-Green Algae, which could be attributed due to the greater surface area of the adsorbent CAC (Surface area of CAC is 1021 m2.g-1). However removal of dyes by adsorption using Commercial Activated Carbon is quite expensive. Though the percentage removal of dyes from aqueous solution and also from dyeing industrial effluents using Blue-Green Algae by adsorption is less due to its lesser surface area (Surface area of BGA is 479 m2.g-1), it is advantageous, since they are available in large quantities as natural biowaste and cost effective [20,21].

The effluents discharged from the industries contain large amount of dyes and its disposal results in extensive contamination of water and soil. Contamination of water by dyes in the environment is of major concern because of its toxicity to human life and environment. Hence the utilization of algae reflected a good amount of dye removal and hence it can be used as a low cost attractive alternative adsorbent instead of high cost commercially activated carbon. 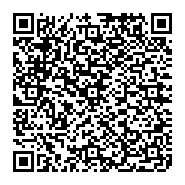