The density (d) and viscosity (h) values have been measured in the solvent DMSO, containing 2-hydroxy Substituted 1,3- Dipropanone containing phenol (ligand) using various concentration at normal room temperature. From the experimental data, the relative viscosity of ligand in DMSO solvents has been calculated at various concentrations. The relative viscosity of the ligand has been used to discuss the presence of molecular interactions, ion-solvent interactions and solute-solvent interactions.

Viscosity is a vital physical property of ligands in chemistry and it is defined as resistance to flow like liquid. Viscometric study of mixed solvent systems and their dependency on concentration have various applications in chemical, industrial, and biological processes [1]. To determine Jone-Dole coefficient and Falkenhagen coefficient viscosity measurement is important. These coefficients are straight correlated to solute-solvent and solute-solute interactions [2]. Some researchers determined the densities and viscosities of 2-Amino-2-methyl-1-propanol, and Water for Carbon Dioxide Capture [3]. Viscosity studies of solutions of water in n-aliphatic alcohols were also reported [4]. Density and viscosity of ketones with toluene at different temperatures and at atmospheric pressure was done [5]. Viscosities and densities of aqueous binary electrolyte solution at different molalities have been reported [6]. Viscosity β-coefficient of niacin drug ligands in different temperature in water have been studied [7]. The viscosity at different temperatures using 20 % dioxane-water and methanol-water mixtures was explained [8]. The viscosity and some thermodynamic parameters of 2- Hydroxy Substituted 1, 3- Dipropanone were determined [9,10]. The present study deals with the study of molecular interactions in terms of the viscosity of 2- Hydroxy substituted 1, 3- Dipropanone containing phenol group β-diketone ligands namely 1-(5-bromo-2-hydroxyphenyl)-3-p-tolylpropane-1,3-dione in different concentrations in DMSO-water mixtures.

In this present investigation attempt is made to understand behavior 2- Hydroxy substituted 1, 3- Dipropanone containing phenol group β-diketone ligands namely 1-(5-bromo-2-hydroxyphenyl)-3-p-tolylpropane-1,3-dione have been carried out in organic solvents Dimethyl sulfoxide (DMSO). 2- Hydroxy substituted 1, 3- Dipropanone containing phenol group β-diketone ligand namely 1-(5-bromo-2-hydroxyphenyl)-3-p-tolylpropane-1,3-dione was prepared by using a generally known method [11]. Then the viscosity and density measurements of diverse molar solution of all ligands at room temperature was calculated. All chemicals used to synthesized substituted β-diketone ligand were of A.R. grade. DMSO was purified by described method [12]. The viscosity and density were measured by Ostwald’s viscometer and pyknometer. Densities were measured with the help of bicapillary pyknometer, different molar solution of ligand in DMSO solvents were prepared separately, that weighed on balance (± 0.001 g). The densities and viscosities were measured at room temperature.

In the present investigation measurement of densities and viscosities of ligand in DMSO has been carried out and given in Table 1 and graphical presentation for density and viscosity are shown in Figure 1.

Table 1: Densities and viscosities of ligand in DMSO

Viscosity (η): The viscosity of each solution is determined by the following empirical formula.

The relative viscosities have been calculated by Jones-Dole equation [13].

A is the Falkenhagen coefficient which is the measure of solute-solute interactions and B is the Jones-Dole coefficient which is the measure of solute solvent interactions. The graphs are plotted between (η_r-1)/ √C versus √C. The graph for each system gives linear straight line showing validity of Jones-Dole equation. The slope of straight line gives values of β-coefficient. The plots of (nr-1) / vc versus Vc for some systems are shown in figure 1. Density and viscosity are determined which explain ion-solvent, solvent-solvent, solute-solvent and molecular interactions in the solution. So in the present work these densities and viscosities were studied for synthesized 2- Hydroxy substituted 1, 3- Dipropanone containing phenol group β-diketone ligand namely 1-(5-bromo-2-hydroxyphenyl)-3-p-tolylpropane-1,3-dione, which are used as solutes using DMSO at various molar concentration. 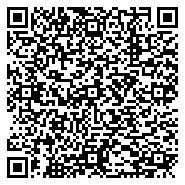