An organic nonlinear optical single crystal of 2,6-diaminopyridinium paranitrophenolateparanitrophenol has been grown in the mixed solvent using slow solvent evaporation method at room temperature. For the structural and crystalline analysis, the grown crystal was subjected to single crystal X-ray diffraction, FT-IR and Raman spectral studies. Factor groups were identified and analyzed for the confirmation of IR and Raman active modes of vibrations. Optical absorbance spectrum in the wavelength range 400 to 800nm has been recorded for the grown crystal which designates the lower cutoff occurs at around 452 nm. Photoluminescence studies were carried out to study the optical emission characteristics. Mechanical behavior of the grown crystal has been studied using Vicker’smicrohardness tester. The dielectric permittivity, dielectric loss and ac conductivity at room temperature were also investigated using LCR meter. The second harmonic generation efficiency was confirmed by Kurtz-Perry powder test.

Recently, organic compounds are widely used in the field of laser applications rather than inorganic compounds owing to the ease of tuning the structural properties. Also, organic compounds are also regarded to be excellent futuristic materials for nonlinear optical applications [1-2]. The structural flexibility of organic compounds is a boon for tailoring the properties of materials suits to our convenience. In the approach of host-guest chemistry, molecule possesses structurally defined hydrogen donor (D) - acceptor (A) motifs which upholds the formation of molecule. The bonding within the framework may vary between strong interactions such as covalent and coordination bonding is relatively weak forces involving hydrogen bonding or π interactions [3]. The interactions between the donor and acceptor are assumed to persuade the alignment and thereby set in the nonlinear optical activity [4].

The co-crystallization of two chromophores (effectively a donor and acceptor) is a common approach for the design of an enhanced second harmonic output. The proton transfer complexes such as dimethyl aminopyridinium 4-nitrophenolate 4-nitrophenol [5], L-Arginine 4-nitrophenolate 4-nitrophenol dehydrate [6] have been reported so far. In many crystal lattices of organipplic compounds, the hydrogen bonds are the crucial factor in governing the packing of molecules [7]. Charge-transfer complexes absorb radiation in the visible range, which causes chemical reaction either by addition, condensation and substitution [8,9]. For second harmonic generation (SHG) to be observed in organic crystals composed of molecules, the crystalline unit cell must lack centre of inversion symmetry [10,11]. 2,6-diaminopyridine (DAP) possesses three protonation sites (one lone pair of the tertiary nitrogen atom and two amino groups) and two deprotonation sites (two amino group) [12].

AR grade of 2,6-diaminopyridine (DAP) and paranitrophenol (NP) were recrystallized twice and used as starting reacting materials. A molar ratio 1:2 of the above compounds was refluxed for nearly 10 hrs using a mixed solvent of toluene and ethanol of 75 ml each. One can easily select solvents which inhibit or promote intra or intermolecular proton transfer. The refluxed solution of 100 ml was prepared at a temperature of 80°C with a constant stirring using a motorized magnetic stirrer. The solution was filtered in a clean beaker using filter sheets and then covered with a porous sheet to maintain a constant evaporation of solvent. The filtered solution was monitored continuously.

A change in colour occurs from light transparent to dark within two days of growth. A long crystal with a flat like morphology appeared in the growth solution after five days. The seed crystal was harvested and placed inside the growth solution and was allowed to grow for a period of 15 days to get an appreciable size of the crystal. 2,6-diaminopyridine results in noncentric co-crystalline salts with 4-nitrophenol through hydrogen bonds. The reaction scheme is given below. Chirality in the host-guest complex guarantees the formation of noncentrosymmetric crystal system. Slow evaporation of this solution yields single crystals of 2,6-diaminopyridinium 4-nitrophenolate 4-nitrophenol with an appreciable size as shown in Figure 1. The grown crystal DAPNP was subjected to single crystal X-ray diffraction study to analyze the structural characterization. FTIR and Raman spectra were recorded to know the presence of functional groups of the grown compound. Relative SHG output was measured quantitatively by the Kurtz-Perry powder test method. The UV-Visible absorption spectrum was recorded using UV-Vis spectrometer. Photoluminescence spectroscopy technique was used for the electronic and optical characterization. The dielectric behaviour was tested with various frequencies of LCR meter. The microhardness studies were carried out in (020) plane using Vickers microhardness tester. Photoluminescence spectroscopy is a commonly used method for characterization of the electronic and optical properties of semiconducting materials and molecules. The recorded photoluminescence (PL) spectrum of the DAPNP crystal is depicted in Figure 3. The grown DAPNP crystal was excited with a wavelength of 400 nm. The spectrum reveals a broad peak centered at around 585 nm with a low intensity when compared to that of other organic compounds. It is also observed that the intensity gradually decreases in the higher wavelength region. The maximum intensity peak gives rise to yellow emission. The proton transfer of aromatic molecules which are hydrogen bonded in the ground state undergoes changes noticeably depending on the kind of substitution on the aromatic ring or functional group.

To identify the interaction between 2,6-diaminopyridine (DAP) and paranitrophenol (NP), FT-IR spectrum was recorded in the range 4000 to 400 cm−1 using KBr pellet technique (Figure 4). The band at 3610 cm−1 is assigned to the stretching vibrations of O-H group in 4-nitrophenol. The characteristic modes of amino groups in 2,6- diaminopyridine occurred at 3459 and 3315 cm−1. The band at 3018 cm−1 is due to the aromatic C-H stretching vibration. The peaks between 2000 and 2300 cm−1 are due to combination of asymmetric NH3 band and its torisional oscillation. The peak at 1611 cm−1 is attributed to asymmetric stretching of NH3+ group. The phenolic C-O vibrations yielded a peak close to 1210 cm−1 [15]. DAPNP (C17H17N5O6) crystallizes in orthorhombic Pna21 crystal system with z = 4. Application of factor group analysis is to predict the possible vibrational, IR active and Raman active modes. Factor group method developed [16] is applicable to review the vibration behavior of crystals from their symmetry properties. The title compound belongs to orthorhombic system, with space group Pna21 and site symmetry C92v. Also it provides a basis for the prediction of theoretical IR and Raman spectra of the lattice. A single molecule contains 45 atoms which gives rise to (45×4) 180 atoms in the unit cell. Group theoretical analysis of the fundamental modes of the title complex predicts that there are 540 vibrational modes which include 516 internal modes and 24 external modes such as 9 translational, 12 rotational and 3 acoustical modes. The total possible irreducible modes of vibrations can be divided into four factor group species which decompose into

and three acoustic modes (A1+ B1+ B2). (Tables 2 & 3) The factor group analysis of the title compound was performed by following the procedure outlined by Rousseau et al [17].

Here, the polarizability tensors are depicted along the crystallographic X,Y and Z axes. Phonons belonging to A2(Z),B1(Y) and B2(X) are Infrared active and A1(αxx,αyy,αzz), A2(αxy), B1(αxz), B2(αyz) are Raman active.

The host guest moieties possess O-H, NO2, C-C, C-O etc. bonds which can be clearly predicted from the experimental measure such as IR. The bonding between the hydrogen atom and the electronegative atom such as N is found to be additional in number. Hydrogen bond network may be intermolecular or intramolecular in nature due to the presence of pyridinium-phenolate bond. Figure 6: Dependence of a) Dielectric permittivity b) Dielectric lossc) Conductivity with log freq.

The dielectric permittivity (εr) has been computed using the relation

where A is the area in square meter, C is the capacitance of the medium in Farad, d is the thickness of the sample in meter and εo is the absolute permittivity in free space having a value of 8.854 × 10-12 Fm-1. On increasing frequency the hopping transport of localized charge carriers occurs [20]. As it is the characteristic for ac conduction, in this region σ0(n) increases significantly with frequency, which is demonstrated in the frequency-dependent plot. At the lowest temperatures and/or highest frequencies, this increase is slightly steeper. The frequency independent plateau-like region observed in the low frequency region can be attributed to the frequency independent conductivity.

Mechanical stability is much essential factor for the grown crystal, as far as the fabrication of devices is concerned. Hardness of a material is a measure of the resistance it offers to local deformation. Single crystal of DAPNP was subjected to microhardness measurements using a MATSUZAWA MMTX Vicker’s microhardness tester. The observations were carried out at room temperature (Figure 7 a) and the indentation time of 5 sec. The hardness of the DAPNP is calculated using the relation

if n<2, then the above equation reduces to

Figure 7(b) shows the plot of load dependent yield strength [23]. The elastic stiffness constant gives an idea about the nature of bonding between neighboring atoms. This is the property of the material by virtue of which it can absorb maximum energy before fracture occurs. For various loads the stiffness constant is calculated using Wooster’s empirical relation [24]

The variation of stiffness constant plotted with load is shown in Figure 7(d).

The indentation impressions are associated with the cracks at all loads on (020) planes of the crystal. However, the cracks are well defined beyond a load of 50 g. On increasing the load, hardness number varies, the type of crack that propagates can be determined and the indentation marks are picturized (Figure 8). If c/a /≥ 2.5 for which we get median cracks, where c is the crack length ‘a’ being the length of half-diagonal of the indent. For c/a ≤ 2.5, we get palmqvist crack type [25]. For the title compound palmqvist crack has been observed. The fracture toughness (Figure 7(e)) for the median type of cracks can be measured using the relation (6), where k is 1/7 for the Vicker's indenter, l = c-a for the palmqvist crack type.

The fracture toughness decreases on increasing the load. The property of brittleness index Bi (Figure 7(f)) indicates the intiation of fracture on a test piece determined using the relation,

Table 4 indicates the type of crack observed, variation of hardness number for various loads. Figure 8 (a), (b) & (c) illustrates the indentation marks on (020) face, (d) shows the propagation of crack during indentation

Table 4: Hardness behaviour of DAPNP crystal in the (020) face Second harmonic generation ability of DAPNP was tested by well known Kurtz-Perry powder test. A Q-switched Nd.YAG laser of wavelength 1064 nm with a input of 2 mJ pulse energy with 8ns with a repetition rate of 10Hz was employed. The bulk DAPNP crystal was finely powdered and filled in a microcapillary tube which is exposed to laser radiation. A green emission was observed from the packed sample which indicates the nonlinear optical behaviour and it has been compared with the output of KDP. The SHG output of KDP was 14 mV whereas 19.5 mV was recorded as output for the DAPNP crystal.

Single crystals of 2,6-diaminopyridinium paranitrophenolate paranitrophenol were grown by slow evaporation solution growth technique at room temperature. X-ray diffracton crystallographic studies indicate that the title compound belongs to orthorhombic crystal system. UV–vis studies show the optical response and photo luminescence gives the green emission characteristics of the grown crystal. Factor group analysis enumerates the possible theoretical modes of vibration for the title compound. The hardness study enumerates that the crystal is found to be moderately hard. The stiffness constant, fracture toughness, brittleness index and yield strength of the title material has been evaluated. By employing dielectric studies, the parameters like dielectric loss, dielectric permittivity and ac conductivity has been found. The powder SHG study indicates that the grown 2,6-diaminopyridinium paranitrophenolate paranitrophenol crystal has nonlinear optical characteristics. With the above results, it may be concluded that the grown single crystal of DAPNP is a potential and suitable material for nonlinear optical applications. 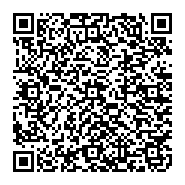