The effect of variation in sintering temperature (500-900oC/4h) of ZnFe2O4 synthesized by using co-precipitation method on the gas sensing characters. The spinel structure and the presence of residual phases were checked by XRD analysis. Gas sensing response was evaluated as a function of operating temperature for different test gases/vapours such as ammonia (NH3), chlorine (Cl2), LPG, CO2, hydrogen sulphide (H2S) and Hydrogen (H2). Maximum gas response activity was achieved at 3000C concentration for hydrogen sulphide gas.

Various oxide as well as dioxides has been well studied as a sensor material to detect most of the reducing gases [1-3]. The gases being explosive, toxic and flammable such as hydrogen sulphide (H2S) and Hydrogen (H2) and volatile organic compounds vapour etc. create major problem related to environmental safety and human health. Therefore, prime importance to gas analysis, detection and alarms are of great concern to the industry and the society.

A stream of studies has shown that metal oxide semiconductor (MO) sensors are considered to be effective solutions to detection of harmful gases, owing to their advantages of high sensitivity, fast response and easy integration [4]. Single metal oxides have been widely studied as gas sensing materials. These include zinc oxide (ZnO) [5], tin oxide (SnO2) [6], tungsten oxide (WO3) [7,8], titanium oxide (TiO2) [9,10] and iron oxide (Fe2O3).As a typical spinel ferrite, ZnFe2O4 is a semiconductor with a narrow band gap (~1.9 eV), which possesses various excellent properties. It has attracted much attention in the applications of gas sensors [11,12], catalyst [13], magnetic materials [14] and lithium battery materials [15]. The sensing effect mainly takes place on material surface; the control of particle size will be one of the first requirements for enhancing the sensor’s humidity sensitivity. In recent years, the preparation methods of ZnFe2O4 based gas sensing materials mainly include co-precipitation [16,17], sol-gel [18] and template synthesis method [19], which can prepare ZnFe2O4 nanomaterials with different morphology, such as nanorods, nanotubes, nano-thin films and core-shell microspheres. ZnFe2O4 based gas sensing materials mainly include pure ZnFe2O4 nanomaterials, metal element doping ZnFe2O4 and oxide - ZnFe2O4 composite materials, which are mostly used to detect reducing gases. Zinc ferrite based gas sensors in this paper belong to the semiconductor gas sensor family, which shows a response to various reducing gas via converting chemical signals to electrical signals.

In present work we have reported the phase formation, morphology and electrical properties of Zinc ferrite. These allowed us to correlate these results with sensitivity towards different gases/vapours at various conditions.

The zinc ferrite has been synthesized by using co-precipitation technique. A. R. grade zinc sulphate and ferrous sulphate were dissolved in appropriate proportion. The metal salts were then precipitated as hydroxides using 10% NaOH solution maintaining 10pH. Hydroxides were then oxidized using 30% H2O2 (100Vml) solution. The precipitate was washed and filtered till it is free from sulphate and excess alkali. The precipitate was dried in vacuum cryostat at 110ºC and sintered at different temperatures from 500-900ºC for 4 hour.

X-ray powders diffraction patterns were recorded on a diffractometer (Philips PW 1730) with microprocessor controller, using CrKα radiation (λ = 2.289Å). The variation of DC resistivity with temperature (RT to 500ºC) was measured by the two-probe method.

The gas sensing apparatus was fabricated in our laboratory as per the design (Figure 1). The gas sensor was made by pressing the powder in the form of pellet. The gas sensing characteristics with reference to time at different operating temperatures and concentrations were recorded. The sensor sensitivity defined as the ratio of the change in electrical resistance in the presence of test gas and in presence of air. The gas response (S) for a given test gas was calculated using following equation. Where, ‘Ra’ and ‘Rg’ are the resistance of the sensor in air and in the test gas, respectively.

The X-ray diffraction patterns of ZnFe2O4 indicate that it is having a single phase cubic spinel structure (Figure 2). Further, the particle size was estimated using line broadening analysis of X-ray diffraction and was found to be in 30 nm. Scanning electron micrographs of the sample are shown in Figure 3, shows the formation of grains by aggregation of small crystallites. The variation of DC resistivity with temperature (RT to 500°C) was measured by the two-probe method. The graph of log Vs 103/T (Figure 4) shows that resistivity increases with rise in temperature. It indicates the semiconducting nature of this spinel ferrite. Water molecules are adsorbed on semiconductive oxide, the conductivity increases or decreases according to whether the oxides are of n-type or ptype.
This means that electrons are apparently transferred from water molecules to oxides. The ability of a metal oxide to se nse the presence of
water molecules depends on the interaction between water molecules and surface of the metal oxides, i.e. the reactivity of its surface. It is known
that adsorbed oxygen species plays an important role in the detection of gases. The activity of the reducing gas ‘‘R’’ on the zinc ferrites surface can
be described as follows

Initially, oxygen from the atmosphere adsorbs on the surface of the ferrite and extracts electrons from its conduction band to form O- species on the
surface, consequently decreasing the conductance. When reducing gas R is introduced, it reacts with O-(ads) to form RO, and electrons enter the
conduction band of ZnFe2O4, leading to an increase in the conductance. In summary, H2S reacts with adsorbed O- on ZnFe2O4 and decomposes
into gaseous SO2 and water vapor with releasing electrons [20]. It is worth noting that ZnFe2O4 is known as an absorbent for H2S and oxidizes it to
SO2 and H2O. Although the exact mechanism for the selectivity toward H2S in ZnFe2O4 is not clear, it may be due to its favorable absorption
configuration on ZnFe2O4 as compared with the other gases, making it selective toward H2S.

The gas sensitivity of ZnFe2O4 towards LPG, NH3, CO2, Hydrogen sulphide and Cl2 were shown as a function of operating temperature in Figure 5. Figure 6: Sensitivity of ZnFe2O4 sintered at 500oC towards H2S gas at operating temperatures The XRD patterns reveal spinel cubic structure for the synthesized materials. The particle size is calculated from the most intense peak (311) using the Scherrer formula. Selectively ZnFe2O4 exhibit response towards hydrogen sulphide than ammonia, chlorine, LPG, CO2 and H2 gases/vapours. Zinc ferrite gives better response towards hydrogen sulphide at 300oC. The gas sensing activity decreases with increase in the sintering temperature were studied. The material used for the detection of toxic and hazardous gases at commercial as well as industrial level. 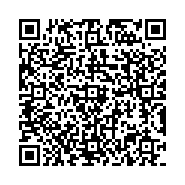