In recent times, modified drug dosage forms offers manifold merits, such as maintain or sustaining constant drug level at the site of action, prevention of peak concentration fluctuation, reduction in dose of drug, reduced dosage frequency, averting the side effects and which in turn availing improved patient compliance. Hence in this current study, an effort has been made to develop a modified drug release by using tablet in tablet technique encompassing novel polymeric coating by using natural and synthetic polymers with Salbutamol sulphate. The inner core tablets were prepared by using direct compression method. It has been observed that the formulation F7 was selected for press coat by using different polymers like HPMC, Ethyl cellulose, Xanthum gum and Guar gum in different ratios among which 1part of Xanthum gum and 1part of Guar gum was optimized based on the lag time (20.75% in 4 hours) and percent of drug release and also further evaluated.

The second-generation drug delivery goal has been the perfection of continuous, constant rate (zero order) delivery of bioactive agents. However, living organisms are not zero order in their requirement or response to drugs. They are predictable resonating dynamic systems, which require different amounts of drug at predictably different times within the circadian cycle in order to maximize desired and minimize undesired drug effects. Due to advances in chronobiology, chronopharmacology and global market constraints, the traditional goal of pharmaceutics (e.g. design drug delivery system with a constant drug release rate) is becoming obsolete. However, the major bottleneck in the development of drug delivery systems that match circadian rhythms (chronopharmaceutical drug delivery system: ChrDDS) may be the availability of appropriate technology. The diseases currently targeted for chronopharmaceutical formulations are those for which there are enough scientific backgrounds to justify ChrDDS compared to the conventional drug administration approach. These include asthma, arthritis, duodenal ulcer, cancer, diabetes, cardiovascular diseases, hypercholesterolemia, ulcer and neurological diseases [1, 9].

If the organization in time of living system including man is borne in mind, it is easy to conceive that not only must the right amount of the right substance be at right place but also this must occur at the right time. In the last decade numerous studies in animals as well as clinical studies have provided convincing evidence, that the pharmacokinetics &/or the drug’s effects -side effects can be modified by the circadian time &/or the timing of drug application within 24 hrs of a day [3].

Circadian variation in pain, stiffness and manual and manual dexterity in patients with osteo and rheumatoid arthritis have been studied and has implication for timing antirheumatide drug treatment.4 Morning stiffness associated with pain at the time of awakening is a diagnostic criterion of the rheumatoid arthritis and these clinical circadian symptoms are supposed to be outcome of altered functioning of hypothalamic pitutary adrenocortical axis. Chronopharmacotherapy for rheumatoid arthritis has been recommended to ensure that the highest blood levels of the drug coincide with peak pain and stiffness [5]. A pulsatile drug delivery system that can be administered at night (before sleep) but that release drug in early morning would be a promising chronopharmaceutic system [10-15].

Drug targeting to colon would prove useful where intentional delayed drug absorption is desired from therapeutic point of view in the treatment of disease that have peak symptoms inthe early morning such as nocturnal asthma, angina, arthritis [16-24].

Some orally administered drugs (e.g. Diclofenac, Theophyllin, IbuprofenIsosorbide) may exhibit poor uptake in the upper regions of GIT or degrade in the presence of GIT enzymes. Better bioavailability can be achieved through colon- specific drug delivery. Colonic targeting is also advantageous where delay in systemic absorption is therapeutically desirable [25-31].

Circadian rhythms and their implications

The physiology and biochemistry of human being is not constant during the 24 hours, but variable in a predictable manner as defined by the timing of the peak and through of each of the bodys circadian processes and functions. The peak in the rhythms of basal gastric and secretion, white blood cells (WBC), lymphocytes, prolactin, melatonin, eosinophils, adrenal corticotrophic hormone (ACTH), follicle stimulating hormone (FSH), and leuteinizing hormone (LH), is manifested at specific times during the nocturnal sleep span [32-41]. The peak in serum cortisol, aldosterone, testosterone plus platelet adhesiveness and blood viscosity follows later during the initial hours of diurnal activity.

The stability study of the formulations was carried out according to ICH guidelines at 40 ± 2º C/75 ± 5 % RH for three months by storing the samples in stability chamber (Lab-care, Mumbai).

The purpose of stability testing is to provide evidence of the quality of the drug substance or drug product, and how it varies with time under the influence of a variety of environmental conditions (heat, humidity, light, air etc).

The final formulation was packed in suitable packing like blister and strip packs and then they will be kept at different temperature, humidity conditions and the samples will be analyzed for their physical and chemical properties. Based on the drug release within the required time period F7 was optimized and further formulated for press coating.

From the above core formulations F7 was selected for press coat by using different polymers like HPMC, Ethyl cellulose, Xanthum gum and Guar gum in different ratios among which 1part of Xanthum gum and 1part of Guar gum was optimized based on the lag time(20.75% in 4 hours) and percent of drug release and also further evaluated (Table 7).

At this juncture, from the research results it can be concluded that, Formulated tablets gave satisfactory results for various physicochemical parameters like hardness, friability, thickness, weight variation and content uniformity. Xanthum gum and Guar gum (1:1) has predominant effect on the lag time, while also shows significant effect on drug release. Hence it is conducive to prepare the formulation of novel tablet in tablet formulation with novel polymer coating containing β2-adrenergic receptor agonists. 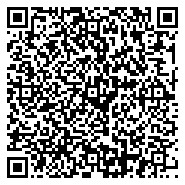