Natural products research is the most enormous field of research in terms of the amount of data and importance of information. Natural products discovery and metabolomics deals with a crucial mode of representation of the profile of biologically active metabolites. In this regard, the profiling of the chemical makeup of complex natural plant extracts necessarily requires employing sophisticated and advanced analytical methods like RP-HPLC–ESI-Q-TOF-MS as well as data mining and processing methods. The genus Garcinia (Clusiaceae) contains phenolic, flavonoids, xanthones, triterpenes, and benzophenones which have been reported for their significant biological properties. Due to its high content of secondary metabolites and its large domestic usage, we have developed a simple, rapid and precise method to characterize all the secondary metabolites using Reverse-Phase Ultra Performance Liquid Chromatography coupled to Electrospray Ionization Quadruple Time-of-Flight Mass Spectrometry (RP-HPLC–ESI-Q- TOF-MS) for the hydro-methanolic extract. A total of about 3443 secondary metabolites from the fruit and 3757 secondary metabolites from the seed were identified by the Progenesis-QI data analysis. Among these a total of 74 compounds from fruits and 86 polar compounds from seeds were manually identified using the mass error limit of < ± 5 ppm including the score less than 40. The unexplored bioactives belonging to the class of glycosides, flavones, xanthones, organic acids and other phenolic derivatives. Garcinia xanthochymus was found to contain significant number of diverse phytochemical components. These results indicate the profile of molecules present in G. xanthochymus and will be helpful for industries and researchers involved in isolation of their molecules of interest.

Garcinia xanthochymus has attracted the interest of researchers because of its very rich constituents like phenolics, xanthones, antioxidantents, flavonoids and are well known as secondary metabolites [1]. Because of increased consumption and health benefits, the identification of secondary metabolites is equally important. The genus Garcinia (Clusiaceae) is large family of shrubs or trees which is mainly distributed in Asia, Africa, and Polynesia [2]. In India, the genus is represented by about 30 species. Several phenolic, flavonoids, xanthones, triterpenes and benzophenones have been reported from this genus which have significant biological properties such as antibacterial [3-5], antioxidant [6], antiviral [7,8] and anticancer activities [9,10].

G. xanthochymus, commonly well known as gamboges, is a tree endemic to India growing 8-10 m in height [10,11]. The trees have dark green leaves and bear yellow fruits 6-7 cm in diameter with juicy, acidic, yellow pulp containing two seeds [11]. Traditionally, fruits of this plant are used in the treatment of diarrhea and dysentery [12]. Other important uses of this fruit are in the preparation of jams, preserves and vinegar, and also as a yellow fabric dye [13]. Previous phytochemical analysis of the leaves, seeds, and fruits of G. xanthochymus revealed the presence of two xanthochymol, benzophenones and isoxanthochymol, biflavonoids including fukugiside, fukugetin and volkensiflavone, the flavonoid vitexin, and a number of triterpenes, xanthones and lipids [11,14,15]. Biological activities, mainly like analgesic, antibacterial, antioxidant, antiviral, antiinflammatory, antiplasmodial and cytotoxic have been reported for previously isolated benzophenones and biflavonoids [14-19].

Characterization of components using an advanced and powerful technique becomes crucial to have an all-inclusive overview on the metabolite profile. Analytical strategies in this regard which can analyze and profile the metabolites of the natural plant extracts have strong potential [20]. Advances in chromatographic techniques including LC-MS, GC-MS, and LC- NMR as well as data mining and processing methods has been instrumental in the field of natural product research. These tools collectively provide the development of metabolomics [20,21]. The present work focused on the metabolite profiling of G. xanthochymus using a newly developed comprehensive and reliable method by using High-Performance Liquid Chromatography coupled to Electrospray Ionization Quadropole-Time-of-Flight Mass Spectrometry (HPLC–ESI-Q-TOF-MS). Furthermore, the obtained results were subjected to Waters Progenesis QI Data analysis software for the identification of metabolites based on the high resolution mass data and isotope distribution of the compounds.

The stored powder which served as the starting material was weighed (0.5 g) and subjected for extraction according to the previous methods [22]. Briefly, powder was mixed with 16 ml of 80: 20 (v/v) methanol/H2O and sonicated for 30 min at room temperature. Then, the mixture was centrifuged for 15 min at 4000 rpm and the supernatant was decanted into a round bottom flask. Thereafter, the solvent was evaporated by using a rotary evaporator under vacuum at 40ºC and the dry residue was resolved in 0.5 ml of 80: 20 (v/v) methanol/H2O. Finally, the extract was filtered through a 0.2 μm syringe filter and stored at −20ºC till analysis.

Selection of the compounds from fruit and seeds

Tables 1 and 2 provides the list of the tentatively selected compounds of fruit and seed extract of G. xanthochymus. About 3443 compounds were found from the fruit and about 3757 compounds from the seed. The tentative list was constructed based on the deconvolution of UPLC-ESI-Q-TOF-MS using the positive ionization mode and the isotope distribution. Tentatively, 74 out of 3443 from fruit and 86 out of 3757 from seeds were manually selected based on the least mass error (> ± 5ppm) and p-value (score less than 50). The compounds were summarized along peak number, retention time, observed m/z, empirical formula, mass error, and mSigma score.

The compounds detected were tentatively characterised by means of MS data, together with the interpretation of the observed m/z spectra in comparison with those found in the literature. The knowledge of previously studied phytochemicals from the same genus or same plant has also been employed in sorting the list. Databases such as Pubchem (https://pubchem.ncbi.nlm.nih.gov/), ChemSpider (http://www.chemspider.com) and SciFinder Scholar (https://www.scifinder.cas.org) were employed during the identification and cross verification of the compounds. The initial molecules in the fruit extract between peak 1-20 appeared on the list were that of glycosides, organic acids, aromatic alcohols and sugar derivatives. Some of these molecules viz., Linamarin, Chlorpromazine, Sulazepam, have been reported for their biological properties [23,24]. The next set of molecules between the peak 21-40 include (+-)-Fukugiside, 1,2,6,8-Tetrahydroxyxanthone, Amentoflavone which have been extensively been studied in the Garcinia species [11,25]. The results are helpful for rapid purification of these components using the parameters applied during the UPLC. Other than the previously identified molecules the peaks 21-40 also included glucopyranosides, flavones and some organic acids. Peaks 71 and 72 were proposed to be that of the wellknown signature molecules of G. xanthochymus which are Guttiferone E/Guttiferone H and Xanthochymol respectively [11,14]. The peaks of seeds contained unidentified class of molecules of some benzofurans, glucopyranosides, and substituted pentanoic acids; and a huge array of characterized molecules viz., Acrivastine, Aranidipine, Isoflavone, Vinpocetine, Hirsutine, Geneticin, Citicoline having biological activities were proposed to be the constituents based on the results obtained [26,27]. The previously identified molecules of the Garcinia species include (+-)-Fukugiside, Amentoflavone, Gambogenone, Aristophenone A, Isoxanthochymol at peaks 24, 37, 65, 73, 81 were found and conferred to be the signature molecules [11,25,28]. Table 3 includes the characterized molecules with specific biological activities from the fruits and seeds of G. xanthochymus which have been extensively been studied. Base peak chromatograms (Figures 1 and 2) of the fruit and seed extracts of G. xanthochymus, respectively shows the array of metabolites present in the extracts. The biplot generated by principal component analysis (Figures 3 and 4) illustrates the identical nature of the compounds between fruit and seed extracts. The overall triplicate data can be visually assessed by the PCA.

Table 3: Some of the characterized bioactives of Garcinia xanthochymus Figure 3: Principal Component Analysis (PCA) of Methanolic extract of Garcinia xanthochymus fruit (A) and its seed (B) illustrating the identical nature of the compounds between fruit and seed extracts In the present study, the novel UPLC with ESI–QTOF–MS method adopted has been a useful analytical technique for deconvolution and characterization of phytochemical compounds of G. xanthochymus fruits and seeds. Analysis by Waters Progenesis QI Data analysis software based on the accurate mass and isotope distribution resulted in identification of a wide array of phytochemicals in the extracts. The molecules were tentatively identified by the method proposed. Other than the well known molecules of Garcinia species and the native characterized molecules of G. xanthochymus, the bioactive molecules proposed were glycosides, organic acids, aromatic alcohols, sugar derivatives, benzofurans, glucopyranosides, and substituted pentanoic acids. The data reflects the presence of an array of molecules with biological importance. The method is useful for rapid purification of the molecules of interest with the details of specified parameters. The profile of metabolites stands as a signature of composition of fruits and seeds of G. xanthochymus.

Thanks to Institution of excellence, Vijnana Bhanvan, University of Mysore, Mysuru for providing the LCMS-QTOF facility. Special thanks to Mr. Rajeev, Application Specialist, Waters India, Bangalore and Dr. Paul N Goulding, Business Development Manager, Asia, Africa and Australasia for providing the Progenesis QI and their valuable suggestions for this work. 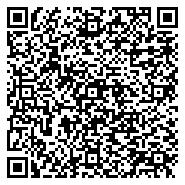