An efficient and convenient procedure for the synthesis of amidoalkyl naphthols by the condensation reaction between 2-naphthol, aldehydes, and an amide in the presence of a catalytic amount of sulfonated polyethylene glycol (PEG–SO3H) as a highly stable and reusable eco-friendly polymeric catalyst under solvent-free conditions is described. This sulfonated polymer catalyst exhibited excellent catalytic activity and produced the expected product in good yield. Isolation of product from the reaction mixture was simple and neat. So the catalyst is very useful for the industrial purpose for the preparation of amidoalkyl naphthols because of its reusability nature.

Now a day’s functionalized polymers have been much explored as a stoichiometric reagents and catalysts in organic synthesis [1,2]. However, their development and applications in organic synthesis are undergoing tremendous renaissance at present which is undoubtedly being fuelled by the special requirements of combinatorial and green chemistry. Poly (ethylene)s [3] are receiving increasing attention, both for combinatorial synthesis and as supports to catalyze organic reactions in solution and solvent-free media. Among them, PEGs are inexpensive, readily functionalized reagents and solvents with nontoxic properties. Phase Transfer Catalysts (PTC) [4], environmentally benign [5], commercially available in different molecular weights have a broad solubility profile [6]. Because of these excellent properties, PEGs are functioning as catalysts in organic synthesis and industry [7]. In tenure with current trends to use economically viable and environmentally benign reagents in chemistry, PEGs become good candidates for these purposes [8].

Compounds bearing 1,3-amido oxygenated functional groups are ubiquitous to a variety of biologically important natural products and potent drugs including a number of nucleoside antibiotics and HIV protease inhibitors such as ritonavir, lipinavir, and the hypertensive [9]. In addition, the bradycardiac effects of these compounds have been evaluated [10]. The importance of amidoalkyl naphthols has attracted renewed attention for their synthesis and various improved procedures have been developed. These reported methods mainly include the one-pot three-component condensation of 2-naphthol, aldehydes and amine/CH3CN, which employs catalysts such as p-toluene sulfonic acid [11], H2NSO3H [12], Al(H2PO4)3 [13], Yb(OTf)3 [14], Sr(OTf)2 [15], I2 [16], Brønsted acidic ionic liquid [17], K5CoW12O403H2O [18], Indion-130 [19], Al2O3–HClO4 [20], montmorillonite K10 [21], silica sulfuric acid [22]. 1-Hexanesulphonic acid sodium salt [23], Bi(NO3)3. 5H2O [24], KAl(SO4)2.12H2O [25], DBH [26], Nano sulphated zirconia [27], and Zinc benzenesulfonate [28], some of these methods, however, suffer from drawbacks, which include the use of hazardous materials, commercially non-available or highly corrosive and difficult-to-handle reagents, long reaction times, low yields, drastic reaction conditions and tedious workup procedures. Having the above facts in mind, and also as part of our ongoing program to develop more efficient methods in organic synthesis [29-31], we report here a new efficient solvent free method for the preparation of amidoalkyl naphthols using polyethylene glycol bound sulfonic acid (PEG-SO3H) as a homogeneous catalyst at 100°C. Interestingly, our method has none of the above-mentioned disadvantages.

All chemicals were purchased from Merck Chemical Companies. The known products were identified by comparison of their melting points and spectral data with those in the authentic samples. Melting points were determined in open capillaries on a Buchi B-545 apparatus and are uncorrected. IR spectra were run on a Perkin Elmer PE-1600-Fourier-transform infrared spectroscopy (FTIR). The Proton Nuclear Magnetic Resonance (1H-NMR) (500 MHz) and Carbon-13 Nuclear Magnetic Resonance (13C-NMR) (125 MHz) spectra were recorded on a Bruker Avance DPX-250 FT-NMR spectrometer. All chemical shifts are reported in δ (ppm) using TMS as an internal standard. Scanning Electron Microscope (SEM) was recorded on S-3000H apparatus (Hitachi).

Procedure for the preparation of PEG-SO3H

Chlorosulfonic acid (10 mmol) was added to a solution of PEG-6000 (1 mmol) in CH2Cl2 (10 ml) at 0°C. After completion of addition the resulting mixture was stirred overnight at room temperature. The reaction mixture was concentrated under reduced pressure. Appropriate quantity of ether (30 ml) was added, and the precipitate was filtered and washed with ether (20 ml) three times to afford the PEG–SO3H [31].

General procedure for the synthesis of title compounds (4a-i)

To 1 mol of 2-naphthol, 1 mole of benzaldehyde and 1.1 mol of benzamide were mixed in presence of 1 mole % PEG–SO3H catalyst. The resulting mixture was then stirred for 30 min at 100°C. After completion of the reaction as indicated by Thin Layer Chromatography (TLC), the reaction mixture was poured into ice water and the obtained solid was collected by filtration, washed with water and then dried. The obtained solid was recrystallized from ethanol to get pure compound. The catalyst (PEG–SO3H) was successfully recovered after evaporation of water for the filtrate under reduced pressure and reused.

The physical and spectral data of known compounds (4a-i) were found to be in agreement with the reported data [23,24].

Preliminary model experiment was conducted using 1 mole % of PEG–SO3H under solvent-free conditions with substrate ratio of 1: 1: 1.1 of 2- naphthol, benzaldehyde and benzamide respectively at to obtain amidoalkyl naphthol 4a. The reaction gave 95% yield when condition at 100°C for 30 min (Scheme 1).

Concentration of the catalyst

Examination of the concentration of catalysts required for this reaction showed that 1 mol % PEG-SO3H is the optimum amount of catalyst and increasing amount of catalyst did not improve the yields while decreasing the amount of catalyst decreased the yield. The results are summarized in Table 1. Apparently, reaction of various aromatic aldehydes (2a-i), 2-naphthol and benzamide in the presences of the optimized amount of PEG–SO3H under solvent-free conditions at 100°C resulted in the formation of amidoalkyl naphthols (4a-i) (Scheme 1, Table 1).

Table 1: Optimization of catalyst at different concentrations for the preparation of 4a

Recyclability of the catalyst

The recyclability of PEG–SO3H for use in these reactions was assessed by running it for several times for the synthesis of amidoalkyl naphthol (4a). Each time, after completion of the reaction, PEG-SO3H was extracted with water and reused after the evaporation of aqueous layer under reduced pressure. The results showed that this catalyst can be successfully used for four times without significant loss in catalytic activity of PEG–SO3H as good yields (Table 2).

Table 2: Recyclability of the PEG–SO3H for the one-pot condensation reaction of 2-naphthol benzaldehyde and an benzamide under neat condition

Efficiency of the catalyst

Efficiency of the catalyst in the synthesis of amidoalkyl naphthols with various substituted aromatic aldehydes and benzamide was made to react (Table 3). As Table 3 indicates, aromatic aldehydes possessing halogens, electron withdrawing substituent’s on their aromatic rings afforded the corresponding products in high yields and relatively short reaction times (Table 3, entries). However, when aromatic aldehydes possessing electron-releasing substituents were used, the reaction times were slightly longer in comparison with the others (Table 3, entries 5, 6, 7 and 8).

The product yield of this reaction throws some light as its reactivity and mechanism. Synthetic data and product yields of different amidoalkyl naphthols (4a-i) reveal that electron withdrawing substituents in the aromatic ring of the aldehyde afforded corresponding amidoalkyl naphthols in high yields when compare with those of electron rich aromatic aldehydes. This is due to fact that the carbonyl carbon is more electrophile in them on this further facilitates nucleophiles attack of α-carbon of β-naphthol (Scheme 2).

Proton NMR spectra of the catalyst

The proton NMR Spectrum of the catalyst is shown in Figure 1. A singlet was observed at 10.4 ppm for SO3H proton. Another singlet was appeared at 5.34 ppm due to -CH2-SO3H protons. On the other hand, a multiplet was displayed at 3.83-3.40 ppm for PEG protons. Based on the proton NMR the PEG-SO3H structure was conformed (Figure 1). Surface property of the catalyst

The surface morphology of catalyst was observed under SEM analysis (Figure 2). The SEM image of catalyst confirms with its theoretical structure in which the soft micro pores and sponge like figure with consistent distribution of micro pores were observed. The surface area has increased with increase in number of micro pores which lead to enhancement of active sites on catalyst activity. Because of the presence of these active sites the rate of reaction has increased. Figure 2: The SEM image of PEG-SO3H

In conclusion, PEG–SO3H has been successfully applied as an efficient and environment friendly homogeneous polymeric catalyst for the synthesis of a series of amidoalkyl naphthols through one-pot reaction of 2-naphthol with various aromatic aldehydes and benzamide under solvent-free conditions at 100°C. This synthetic protocol offers many advantages such as short reaction times, solvent-free conditions, and recyclability of the catalyst and high product yields.

The authors are thankful to the management of Yogananda Institute of Technology & Sciences, Tirupati. 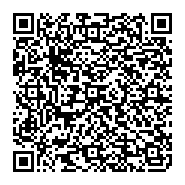