Pemphigus is a group of autoimmune blistering intraepidermal disease of skin and mucosal membranes where there is the acantholysis taking place and gradual binding of autoantibody to antigens on cell surfaces. Drug-induced pemphigus mostly mimics Pemphigus Foliaceus and drugs known to induce are thiol drugs or SH drugs, nonthiolnonphenol drugs, phenol drugs. Antihypertensives are documented to cause PV or PF. In the present study a case on drug induced pemphigus foliaceus due to Losartan has been reported. The patient was on therapy with Losartan for a period of 10 months before which he was presented to the hospital with scaly, crusted lesions on the face, chest, abdomen, trunk and other parts with superficial lesions on thighs and legs. Various examinations for confirmation of diagnosis was made with biopsy, immunofluorscence etc., and was confirmed to be induced due to Losartan. Therapy was initiated with topical corticosteroids and then extended to prednisolone (60 mg/d) where gradual decrease in new lesions occured. Dapsone was also added up along with prednisolone where improving results were found. Maintenance dose with prednisolone and dapsone (25 mg) was given. Withdrawal of Losartan and initiation of Verapamil (200 mg) was made which helped in complete clearing of symptoms. Thus correct identification of the condition at the initial stage helps in eradication of the symptoms which may be drug induced or any other etiological flare up.

Pemphigus foliaceus (PF) presents with shallow recurrent erosions on seborrheic regions. Out of various conditions of Pemphigus (pemphix meaning blister or bubble), PF is a rare autoimmune blistering disease found in endemic and sporadic forms [1,2]. This blistering disease has antibodies produced against Desmoglein 1 (Dsg 1) which is an adhesive cadherin protein present in the desmosomal cell junction within the suprabasal layers of the epidermis. Antibody binding results in acantholysis with the condition of pemphigus foliaceus. Blisters generally occur in and around granular cell layer of epidermis which are subcorneal in shape. They are superficial because Dsg I occurs in the differentiated layer of epidermis for cell adhesion. Generally the patients have higher levels of IgG4 anti-epidermal autoantibodies circulating in their plasma followed by IgG1, IgG2 and IgG3 subclasses [3,4]. There is a strong association with HLA-DRB1 haplotypes with recent reports in HLA-DRB1*0101 among Mexican people. Triggering factors would be drugs like Penicillamine, captopril, lisinopril, imiquinoid, nifedipine etc., in elderly and in paediatrics include conjunctivitis, cytomegalovirus, bacteria etc. [5].

Both direct and indirect immunofluorscence techniques are convenient methods of diagnosis of PF. They generally have IgG and C3 deposits at epidermal surfaces and circulating IgG. Sometimes this cell staining pattern remains identical for both PV and PF in which antigen specific ELISA comes out to be accurate. If the serum is positive for Dg3 it indicates diagnosis of PV and if it is positive for Dg1 it indicates a PF diagnosis [6,7].

Goals of therapy include healing of old lesions, suppressing the production of new lesions and a control on production of pathogenic antibodies. Initial therapy usually includes topical corticosteroids for localised and superficial conditions. Prednisolone (1.0 mg/kg) could be initiated which is then tapered down to alternate days for 1 to 3 months as maintenance dose [8]. If they are non-responsive to corticosteroids then immunosuppressive agents like Mycophenolate mofetil, Cyclophosphamide could be used as steroid sparing agents. The latter which is an alkylating agent could be combined with pulse intravenous corticosteroids for the therapy of both PV and PF. It has increased side effects like hemorrhagic cystitis, mutagenic potential, transitional cell carcinoma of bladder and hematologic malignancies [9]. Other medications include Methotrexate, Azathioprine and Cyclosporine. Alternate therapies include Plasmaphoresis, Intravenous Immunoglobulin, extracorporeal photochemotherapy which has been reported with successful rates. Dapsone can be made use of as monotherapy or even in combinations. Combination of Tetracyclines with Niacinamide could be made use of in superficial PF instead of steroidal therapy [10,11].

There had been reports of death occurring due to PF due to immunosuppression which leads to generate infections within body. Thus a proper understanding of pharmacology and pathophysiology of pemphigus is essential with proper differential diagnosis and empirical therapy to be provided with understanding of effects of various pharmacological agents and condition of the patient [12].

A 55 year old South-Indian black man belonging to poor socioeconomic class category was presented with a 6 month history of erosions and lesions at seborrheic distribution present at the neck, chest, abdominal, trunk, facial regions with severe itching and burning sensations. The erosions had scales and some were fluid filled. On exposure to light he had photosensitivity and severe itching. He had no family history of any autoimmune diseases or allergy to any drugs.

He was found to be positive for Nikolsky sign with superficial erosions on retroauricular areas, frontal hairline etc., and Histological examinations revealed intraepidermal vesicles in the granular layer containing acantholytic cells. Direct immunofluorscence results showed complement 3 (C3) and IgG in the intercellular space in the epidermal cell surface. In addition to all of this anti-double stranded DNA and anti-nuclear antibody were found to be negative.

Flaccid small bullae which were ruptured were found on the chest, abdominal and trunk region along with superficial erosions too surrounded by erythematous collarette. The patient had a past history of allergy towards NSAIDs and was asthmatic. He was found to be hypertensive with a blood pressure of 168/140 mmHg and was on therapy with Losartan 50 mg plus Hydrochlorthazide for the past 10-11 months duration before he was now presented to the hospital with lesions all over the face and body regions. Examination with biopsy revealed inflammatory infiltrates of the lymphocytes and eosinophils in the dermis (Table 1).

Table 1: Laboratorial values of the patient

Below Figures 1A-C, illustrates the condition of patients.

Initial therapy was with topical corticosteroids like Clobetasol propionate ointment for 1 month with no specific improvement. Then prednisolone 60 mg/d was given orally for 3 weeks here formation of new lesions was reduced. Cacti D3(1000 mg calcium plus 800 IU vitamin D) along with Dapsone was initiated after proper monitoring of blood count, glucose-6P- dehydrogenase with tapering of dose of Prednisolone. Dapsone 25 mg and prednisolone was given as maintenance dose for a period of 3 months. Losartan was discontinued and replaced with Verapamil 200 mg (calcium channel blocker) once a day at bed time.

Losartan is an angiotensin II receptor blocker which has rare skin conditions like photosensitive rash, lichenoid eruption, urticrial, pesudolymphomatous eruption, bullous pemphigoid are reported to occur. Hence these are a wide class of triggers for PF not only with Losartan but also with Candesartan, Valsartan, Telmisatan etc.

Generally the interval between the intake of drug and onset of cutaneous manifestations in this case is not well known. Drug induced pemphigus is usually PF type with its histopathological and clinical conditions and produce anti-Dsg 1 autoantibodies. Discontinuation of the culprit drug would help in better therapy.

Early diagnosis and identification of the etiological condition helps in clearing out of the symptoms at an easier rate. Knowledge on the drugs which induce such conditions and proper differential diagnosis in order to avoid mistaking it with others like urticaria, or any other allergic condition, should be known in advance by the health care professionals, to provide patient care.

Written informed consent was obtained from the patient for publication of the case study, inclusion of the accompanying images. Copies of written consent may be requested for review from the corresponding author. 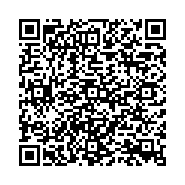