Two simple, precise, accurate and sensitive visible spectrophotometric methods (I and II) have been established for quantifying ribavirin in pure form and pharmaceutical preparations. The proposed method I is based on the ability of ribavirin to reduce Folin-Ciocalteau reagent in alkaline medium to form a highly stable blue colored complex that can be measured spectrophotometrically at 760 nm. Method II is based on the formation of colored stable charge transfer complex, measured spectrophotometrically at 550 nm, between dichloro-5,6-dicyano-1,4- benzoquinone and ribavirin in acetonitrile medium. Variables affecting the chemical reaction were studied and optimized. The suggested methods I and II were validated as per ICH guidelines and successfully applied for quantification of the ribavirin in its pharmaceutical preparations like tablets, capsules and injections dosage forms with good accuracy and precision. 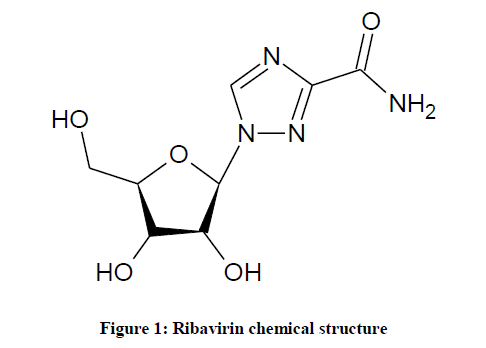 Ribavirin is officially in United States Pharmacopeia and British Pharmacopeia [3,4]. Both the Pharmacopeias described HPLC method for the quantification of ribavirin in inhalation solution. Chromatographic techniques including thin-layer chromatography [5], high-pressure liquid chromatography [6-9] and liquid chromatography-tandem mass spectrometry [10,11] were reported for the estimation of ribavirin in bulk samples, different pharmaceutical preparations like capsules and tablets, and biological samples like human plasma, human serum, rat brain and chicken muscles. For quantification of ribavirin, other techniques such as spectrofluorimetric (in tablet dosage forms and human plasma) [12,13], flow injection chemiluminescence (in pharmaceutical preparations) [14], capillary electrophoresis (in human serum and plasma) [15] and cathodic adsorptive stripping voltammetric (in human urine and serum) [16] were also reported.

Although the above reported sophisticated techniques exist for the determination of ribavirin, factors like less cost of the instrument, trouble-free handling, lack of necessity for consumables and approximately no maintenance have caused spectrophotometry technique to remain popular. Hence spectrophotometry is extensively applied in the analysis of pharmaceutical substances as an alternative technique to most of the sophisticated techniques particularly in developing countries laboratories that have low budgets. Two reports are found for the ribavirin quantification in capsules using spectrophotometry technique [17,18].

Reduction of herteropoly acid complexes by organic reagents was utilized as the basis for the determination of several organic compounds [19]. In general, greater the number of hetero acids in the complex greater venerable to reduction in certain critical conditions. Among the various hetero polyacids, phospho molybdotungstic acid, the well-known Folin-Ciocaltaeu reagent was preferred by a number of researchers for the quantification of drugs [20-22].

Donor-acceptor mechanism of Lewis acid–base reaction between different chemical constituents results in the formation of colored charge transfer complex. The charge transfer complex formation is assessed for its validity as a simple quantitative spectrophotometric method for many drug substances which can act as electron donors [23,24]. Charge transfer chromogenic reagent, dichloro-5,6-dicyano-1,4-benzoquinone, has been successfully utilized in the determination of a variety of electron-donating pharmaceutical compounds [25,26].

So far, the reaction of ribavirin with folin-ciocaltaeu reagent or with dichloro-5,6-dicyano-1,4-benzoquinone has not been explored. Therefore, the present study was aimed to explore folin-ciocaltaeu reagent (method I) and dichloro-5,6-dicyano-1,4-benzoquinone (method II) as chromogenic reagents in the development of simple, sensitive, cost effective visible spectrophotometric methods for determining ribavirin in bulk, tablets, capsules and injection dosage forms. The suggested methods are very much advantageous as the complexes are formed in short time (within 10 min in method I and instantaneously in method II). This permits the quick quantification of ribavirin. The methods developed do not involve any critical experimental conditions.

Elico UV-VIS Spectrophotometer (SL-160 Model) with quartz cuvettes (1.0 cm) was employed for the spectral and absorbance measurements in the current investigation. Shimadzu electronic weighing balance (Model AUW-220D) was used to accurately weigh the drug and other chemicals used in the investigation.

Ten Ribamune® capsules (label claim 200 mg ribavirin) shell was removed. The powder mixture equivalent to 100 mg of ribavirin was weighed accurately and transferred into a 100 ml volumetric flask. 30 ml of distilled water was added. The contents of the flask were shaken thoroughly for 20 min to extract ribavirin into the liquid phase. The volume was diluted to the mark with water, mixed well and filtered through whatman filter paper No 41.

Ten Ribavirin 200® tablets were finely powdered using a mortar and pestle. Weight of tablet powder equal to 100 mg of ribavirin was transferred into a 100 ml volumetric flask. The powder was diluted with 30 ml of double distilled water and was sonicated for 20 min. Then the flask was filled up to 100 ml with double distilled water. Finally the solution was mixed and filtered through whatman filter paper No 41.

The content of five ribavirin ampoules (100 mg/ml) was mixed. The average volume of one ampoule was determined. Accurately measured volume corresponding to 100 mg of ribavirin was transferred into a 100 ml volumetric flask. 30 ml of double distilled water was added to the flask and sonicated for 20 min followed by dilution to 100 ml with double distilled water. The resulting solution was mixed thoroughly and filtered through whatman filter paper No 41.

Aliquots (0.2 - 2.5 ml) of standard solution of ribavirin (80 μg/ml) were transferred into a series of 10 ml volumetric flasks. Solutions of NaOH (5.0 ml) and Folin–Ciocalteu reagent (1.5 ml) were added successively to all the flasks. The total volume in each flask was brought up to 10 ml with double distilled water. The absorbance of the blue colored complex solution was measured after 5 minutes at 760 nm against reagent blank prepared similarly.

Aliquots (0.2 - 2.5 ml) of a ribavirin standard solution (100 μg/ml) were accurately transferred into a series of 10 ml volumetric flasks. The total volume was adjusted to 2.5 ml by adding adequate quantity of acetonitrile to each flask. 2.0 ml of 0.2% dichloro-5,6-dicyano-1,4-benzoquinone solution was added to each flask. The mixture was diluted to the volume with acetonitrile and the absorbance of each solution was measured at 550 nm against a reagent blank.

In methods I and II, the calibration curves were prepared using absorbance measured at corresponding wavelength and concentration of ribavirin. Subsequently, the corresponding regression equation is calculated. The concentration of unknown ribavirin is determined using the calibration curve or regression equation. Analysis of ribavirin in pharmaceutical preparations (tablet, capsules and injection).

The stock sample solutions of tablet, capsule and injection dosage forms (prepared as described in section preparation of pharmaceutical sample solution) were diluted appropriately (within the linearity concentration) with double distilled water for analysis by method I and acetonitrile for analysis by method II. An aliquot was used for the determination of ribavirin as per the procedures mentioned in methods I and II. The content of ribavirin in tablet, capsule and injection dosage forms was determined from the corresponding calibration curve or regression equation of each method.

Basis of the chemical reaction

The method I is based on the oxidation/reduction reaction. Ribavirin contains nitrogen containing group having unshared pair of electrons [reducing agent] that reduce tungstate and/or molybdate, which are present in Folin-Ciocalteu reagent in alkaline medium forming blue colored molybdenum blue. The absorption spectra for blue colored molybdenum blue showed maximum absorbance at 760 nm.

The chemistry involved in method II is based on the reaction of basic nitrogen of ribavirin base as n-donor with the π-acceptor, namely, dichloro-5,6-dicyano-1,4-benzoquinone to form charge transfer complex which, subsequently dissociate into colored radical anions in acetonitrile medium. The absorption spectra of colored radical anions exhibited maximum absorbance at 550 nm.

The optimum conditions in method I were fixed basing on the study of the effects of various parameters, such as volume of 1:3 diluted Folin-Ciocalteu reagent, volume of 5% NaOH for maximum color development, reaction time and the stability of the colored species formed after the final dilution have been studied and optimum conditions are incorporated in Table 1.

Table 1: Optimization of conditions in method I

In establishing optimum conditions for the rapid formation of the stable charge transfer complex in method II, ribavirin was allowed to react with different volumes (0.5-3.0 ml) of 0.2% dichloro-5,6-dicyano-1,4-benzoquinone using different solvents (dichloromethane, acetone, 1,2-dichloroethane, 1,4-dioxane, methanol and acetonitrile) as media. The results are shown in Table 2.

The developed methods I and II are validated following ICH rules and regulation [27]. The linearity of the methods I and II is observed in the concentration range 1.6-20 μg/ml and 2-25 μg/ml, respectively. Calibration curves are created by plotting the absorbance of colored product versus the corresponding ribavirin concentration. The obtained results of correlation coefficients, slope and intercept indicate the good linearity (Table 3).

Table 3: Linearity, range and sensitivity results of method I and II

Precision and accuracy of developed methods I and II were evaluated at two levels: intra-day and inter-day. Intra-day analysis was verified for three concentrations of ribavirin (1.6, 10.0, and 20.0 μg/ml- method I; 2.0, 15.0 and 25.0 μg/ml- method II) using five replicates. Inter-day assay was evaluated on three different days with same concentration solutions of ribavirin. Results of precision and accuracy were expressed as relative standard deviation and percent recovery, respectively in all levels of concentration. The relative standard deviation for five replicates of ribavirin and amount of ribavirin recovered at three concentration levels is presented in Table 4. Results showed that the methods were precise and accurate enough for the quantification of ribavirin.

Recovery test of the proposed procedures in methods I and II was evaluated from the assay results of ribavirin. For this, sample solutions were prepared in triplicate at three concentration levels (50, 100 and 150% of labeled claim) by spiking ribavirin in preanalyzed sample solution. The spiked samples were reanalyzed following procedures of method I and II. Percent recovery of ribavirin at all spiked levels were calculated. The results were found to be good (Table 5). The excipients did not interfere in the assay of ribavirin by the methods I and II.

Robustness of methods I and II was performed following deliberate variations:

The ribavirin standard solution at two concentration levels were assayed by method I and II for each abovementioned change. The percent relative standard deviation and percent recovery were recorded (Table 6). The results showed that the above mentioned changes did not affect the assay of ribavirin by methods I and II. Hence the proposed methods are robust.

In the present investigation, two spectrophotometric methods I and II were developed and validated using Folin-Ciocalteu reagent (Method I) and dichloro-5,6-dicyano-1,4-benzoquinone (method II) as chromogenic reagents. The methods I and II are simple, rapid, sensitive, precise, and accurate, and can be simply applied in laboratories of quality control for the assay of ribavirin in pure, tablets, capsules and injection dosage forms. 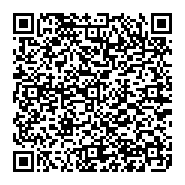