Alzheimer’s Disease (AD) is a major neurodegenerative disorder affecting areas of brain related to learning and memory. AD may be presenile/senile onset of and occurrence of disease before or after the age of 60 years as well as median age of population. Based on the reported anti-AD activity profile of aryl sulphonamide analogs, the series of compounds (13a-f) were designed. The effect of synthesized substituted sulphonamide derivatives (13a-f) on Alzheimer’s dementia models was evaluated using behavioral (MWM test) and pathological studies. This series of compounds displayed good to moderate anti-AD activity and need further structure optimization.

Some of the well-studied neuropathological hallmarks of AD include senile plaque containing β-amyloid (Aβ) peptide and neurofibrillary tangles of hyper phosphorylated tau protein aggregates [2]. In AD, several genes act independently or in coordination with each other and/or with environmental agents making it a complex disease. The various contributing factors for AD cause amyloid deposition, formation of neurofibrillary tangle, and cell death. Mutations on the genes coding for the amyloid precursor protein (APP) and Presenilin 1 (PS1) alters production of the principle component of senile plaque (Amyloid-β, Aβ) [3-5]. APP mutation has shown effect on β-secretase cleavage site of the Aβ domain and thus increases formation of Aβ1-40 and Aβ1-42 in brain [6-8]. This amyloid hypothesis confirms cytotoxic properties of mature APP which disturbs cellular Ca2+ ion homeostasis leading to apoptosis [9]. The resulting excessive influx of Ca2+ leads to induction of neurotoxic cascade [10].

The brain hippocampus region is involved in formation, organization and storage of memories. Hippocampus in coordination with thalamus (Dorsal medial nuclei) and hypothalamus (Mammillary nuclei) constitute the network of limbic system for long-term storage of memories. During this process, the memories forms and get stored as cognitive maps [11-13]. In case of Central nervous system (CNS) disorders such as AD, Epilepsy, Schizophrenia and CNS depressions, hippocampi neurons get affected causing cognitive impairment. In AD, the neuroinflammation is accompanied during the duration of disease. In addition to this oxidative stress/reactive oxygen species leads to neuronal loss [14].

Over the past two decades, the focus has been targeted towards understanding the causes of AD for the development of safe and effective pharmacological treatments. The APP secretase are attractive targets to reduce Aβ production either by stimulating α-secretase or suppressing β- and γ-secretase cleavage [15,16]. Among the various designed specific/non-specific β-/γ-secretase inhibitors, some act by preventing the processing of additional substrates [17-19]. In recent drug discovery process, the major challenge is to design a rapid and efficient synthesis methodology. The novel approach involved for prevention and treatment of neurodegeneration involves neuroprotective agents to inhibit/delay neurodegeneration as well as to strengthen cellular defense. The aim of the current research work is to evaluate the effect of synthesized anti-AD compounds on behavioral effects and neuronal histology showing the structural changes of the hippocampus neurons under the conditions of dementia.

The synthetic scheme employed for preparing substituted sulphonamide compounds is as depicted in Figure 3. It includes two steps i.e., synthesis of sulphonamides and followed by their arylation [58-60]. All the starting materials and reagents were obtained from commercial sources (CDH, E Merck AG) and were used without further purification. The purity of synthesized compounds was checked using Thin Layer Chromatography (TLC) with different solvent systems (methanol, n-hexane and ethyl acetate) giving single spot. The IR spectra were recorded in KBr pellet method (Perkin Elmer 79225). Nuclear magnetic resonance spectra were recorded in Deuterated Chloroform (CDCl3) and Dimethyl Sulfoxide (DMSO) on Bruker spectrometer operating at 300 MHz. Chemical shifts are given in δ ppm.

A mixture of primary aromatic amine (11a-c) and substituted sulfonyl chloride in equimolar amount were dissolved in anhydrous pyridine (10 ml). The temperature of reaction mixture was maintained at 0°C using ice salt bath. By maintaining the temperature at 0°C, reaction mixture was stirred for 5-10 h to get compounds 12a-f. The sulfonamides (12a-f) individual solution (0.2 mol) in THF (10 ml) and sodium hydride (0.1 g) was stirred at room temperature for 15 min. The benzyl chloride (0.2 mol) was mixed with THF (5 ml) and 2 ml of HCl (1 N). Both the solutions were mixed and stirred for approximately 6 h. The progress of reactions was monitored using TLC. The resulting products were filtered, washed with distilled water and dried to yield the corresponding N-benzyl sulfonamide derivatives (13a-f) (Figure 3). The Melting Point (MP) (°C) and percentage yield were calculated.

Twenty male/female, healthy mice were randomly divided into four groups (n=5) and the synthesized compounds were administered orally (50, 150, 250, and 500 mg/kg). During the study period, feed and water were given ad libitum to all the experimental animals. The animals were kept under observation for 1 week and signs of toxicity and mortality were recorded [61].

All the animals were trained as per the Morris Water Maze (MWM) test protocol to evaluate the effect of synthesized compounds on behaviour and spatial memory of experimental animals [62]. MWM test consisted of a black circular pool (90 cm diameter, 45 cm height) filled up to a depth of 30 cm with water (opaque, 25°C) and divided into four equal quadrants using two threads fixed at right angles to each other on the rim of the pool. A submerged/escape platform (6 cm diameter, 29 cm height) was placed inside the tank at the centre of the pool 1 cm below the water level and its position was unaltered throughout the training session. For all the selected animals, two consecutive trials at 30 min time interval per day with different starting point were performed. Trial was performed for four consecutive days. During the four day trial session animals were allowed to escape on the hidden platform and to remain there for 10 sec. During the training session the mice were gently placed in the water from different locations facing the wall of the pool and were allowed 60 sec to locate the submerged platform. If the mice fail to locate the platform within 60 sec, it was guided gently on to the platform and allowed to remain there for 10 sec. On fifth day i.e., Retrieval day of training session, the platform was removed and the mice were placed in the pool from any of the point and allowed to explore the target quadrant for 60 sec. The mean time spent in the centre of the pool in search of the missing platform which is an index of retrieval of memory, was recorded. After 30 min of administration of Scopolamine, MWM test was performed. The data thus obtained was analyzed by ANOVA and Student t-test. The details are reported in Table 1.

To perform histopathological studies, the brain samples of experimental animals were collected following the behavioral study as per following procedure [63-65].

Mice were anesthetized (Pentobarbital, 100 mg/kg, i.p.), perfused transcardially using isotonic saline (25 ml) and rapidly removed brains. One hemisphere of brain was immersed for 24 h in phosphate-buffered 4% paraformaldehyde following to cryoprotection in a series of sucrose solutions. Using a sliding microtome, 25-μm frozen sections were collected in a horizontal plane and stored at 4°C in Dulbecco’s PBS. Analysis was performed for total Aβ and Aβ1-40 using the Congo red histopathological staining performed on slide-mounted sections rehydrated for approximately 30 sec before staining. Initially hydrated sections were incubated for 20 min in alkaline alcoholic saturated NaCl solution (Freshly prepared, 2.5 mM NaOH in 80% reagent alcohol). It was incubated for 30 min in 0.2% Congo red in alkaline alcoholic saturated NaCl solution. After rinsing in three changes of 100% ethanol, sections were cleared through three changes of xylene, then cover slipped with Permount for image analysis (Figures 4 and 5).

The present work was started with an aim to develop effective and efficient green synthetic approach to synthesize sulphonamides and its N-benzyl substituted derivatives. All the synthesized compounds were evaluated for potential anti-AD activity. A small set of six substituted sulphonamide compounds (13a-f) was synthesized using a two-step approach (Figure 3). Reactants completely converted into products by stirring at 0°C. Precipitates were separated and washed with distilled water and recrystallized using suitable solvent. Most of the compounds were obtained in good yield and thus prove efficiency of the method selected for synthesis.

The acute toxicity studies (LD50=47.5 mg/kg, i.p.) and ability of compounds to protect against dementia induced by Scopolamine was evaluated. MWM test is one of the most reported model for behavioral assessment. The escape latency i.e., the time required to find the hidden platform helps to access the spatial learning is recorded. The results for training acquisition are shown in Table 1. The repeated-measures ANOVA helped to establish a significant day effect on escape latency (p <0.001) within the groups which shows that different groups have different spatial learning capability during the 4-day acquisition training. The treatment effect was found to be significant on the escape latency (p <0.001), and further comparisons suggests compounds-at the selected dose are effective in rescuing spatial learning deficits in mice (p <0.05).

The memory retention was accessed by conducting the probe trials in the last training session and the drug treated mice spent less time searching for the platform and showed less number of crossings in the target quadrant (with platform) compared to the control group mice (p <0.001, p <0.05). Scopolamine treated mice spent more time searching in the target quadrant relative to the control group (p <0.01). The number of crossing where the platform located is found to be more than those of the untreated mice, but the values did not reach significance. The results demonstrate improved spatial memory capability by the test compounds.

Here, the test compounds, improved spatial learning effectively across the 5-day acquisition training period. During the memory probe trial, the scopolamine treated mice performed much better after receiving the test drugs in searching the target quadrant and the site where the platform was located as compared to the control group. Additionally the swimming ability was analysed to verify the possibility of improved spatial learning and memory by test compounds was not due to sensorimotor abnormality. Figure shows no significant difference in the results in swimming speed among the groups during the four training days. The test groups did not show any significant effect on learning and memory capabilities, indicating that long-term test compound administration had no effect on performance in normal mice, but can overcome learning deficits and relieve memory retention in the scopolamine-treated mice.

The reported anti-AD/γ-secretase properties of sulphonamides have shown its biochemical importance during histopathological observations [49-57]. After 20 days of drug treatment, the animals were killed and their brains were removed. During histological studies, the Aβ treated animals were assessed for Aβ plaque formation. Brain samples for standard fixation were immersed in the appropriate fixative (formalin) for 48- 72 h prior to processing. Brain sections were stained by Congo red method. The observed effect on Aβ plaque formation in control, negative control, positive control (Donepezil) and test groups are presented in Figures 4 and 5. Figures 5A-C shows clearance of Aβ plaque. For compound 13c, the Aβ plaques were fairly observable and compound 13e has shown clearance of plaque when compared to the plaque formation in Alzheimer’s brain. Similar effect on plaque clearance was observed for compound 13f.

The structure-activity relationship studies conclude that among the N-benzyl substituted sulphonamides (13a-f), the effect produced by N-(3- chlorophenyl)ethyl (13e) and N-naphthalene (13c) derivatives is more pronounced. The chloro-substituted analogue, 13f has shown most potent activity with 81% inhibition during MWM test.

The results obtained for designed series of aryl sulphonamides were in good agreement with the conclusions derived after quantitative structureactivity relationship investigations [66]. The substituted sulphonamide derivatives (3a-f) were successfully synthesized in good yields and biological studies identified compound 3f i.e., N-benzyl-2,4,5-trichloro-N-[2-(3-chlorophenyl)ethyl]benzenesulfonamide as the most potent analog. 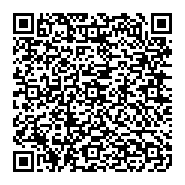