Synthesis and Characterization of Maleimide-Epoxy Resins and Composites Formation

Synthesis and Characterization of Maleimide-Epoxy Resins and Composites Formation

Maleimide epoxy resins design and synthesis is continuous growing interest area for their application in research and industry such as thermal and thermo-oxidative resistance, chemical resistance and mechanical strength are provided by the resins and maleimide possess unique properties of chemicals and electrical resistance, good adhesion and cohesion to different kind of materials and heat resistance. Maleimide are prime candidates as matrix resins for fiber reinforced composites. This is because of their stability at elevated temperature and hot/wet environment [1]. Epoxy resins have various applications in coating, composites and as structural adhesives. Epoxy resins modified with maleimide due to similar curing condition and processing properties and modified epoxy maleimide show appropriate properties between epoxy and maleimide [2]. Maleimide based epoxy resins have been proposed as manufacturing materials in the automotive industry [3] and aerospace industries in such applications as hypersonic aircraft, reusable space planes, and missiles [4]. However, such composites are highly susceptible to environmental conditions, primarily due to the degradation of epoxy matrix [5].

In the present work first maleimide was synthesized and maleimide epoxy resins were synthesized through reaction between hydroxyl group of maleimide and oxirane ring of epichlorohydrin. We studied the synthesis, characterization, composites formation and their chemical and mechanical properties.

Upon addition of these reagents, the solutions color was changed from yellow to light orange. After 6 h, the solution became brown red than removed from heat. Upon cooling, the viscous, dark brown red solution was stirred with 20 mL 5% HCl solution (Scheme 1). Structure was confirmed by FT-IR and 1H-NMR. 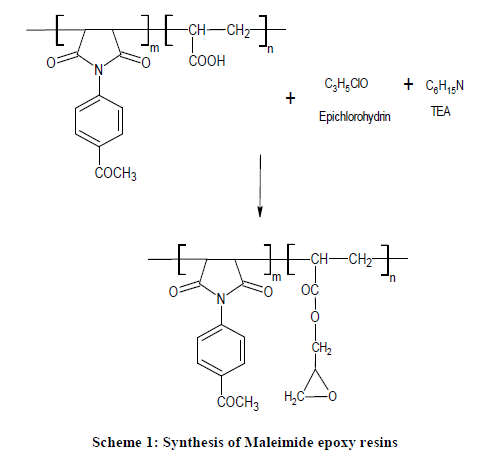 The glass fiber reinforced composites were prepared by a mixture of maleimide epoxy resins and DDM, AIBN stirred for 5 mints. The suspension was then applied with a brush on a 150 × 150 mm glass cloth. The 10 [S1] and 15 [S2] dried prepreges prepared by this way were then stacked one on top of another and pressed between the steel plates coated with a Teflon film release sheet and compressed in a flat platen under pressure of about 70 psi. The prepreges stacks were cured by heating at 150ºC for 10 hrs in an air circulated oven. The composite so obtained was cooled to 50ºC before the pressure was released. The specimens were made by cutting the composites and machining them to final dimension.

Fourier Transform Infrared (FTIR) spectra was recorded on a FTIR Perkin-Elmer spectrophotometer model RX-I. The sample was prepared in KBr pellets, and the spectrum was obtained in the range 250-4000 cm−1. Nuclear Magnetic Resonance (NMR) spectra of newly synthesized monomer, homopolymer and copolymer have been scanned on Bruker Avance II 400 MHz NMR Spectrometer.

TMS was use as a reference.

The molecular weight of the synthesized maleimide epoxy resin was measure by Gel permeation chromatography (GPC) analysis. GPC is a reliable and fast technique to determine the polydispersity index (PDI) and molar mass averages of polymers. The number average and weight average molecular weights (Mn, Mw) and polydispersity index of epoxy resin were summarizes in Table 1.

Data derived from TG curves are furnished in Table 2 where the thermal stability in terms of temperature of 10% weight. Thermogram of maleimide epoxy resin is given in Figure 1, depicts one step decomposition reaction. Examination of TGA data reveals that the maleimide epoxy starts degradation around 100ºC and remains 47.43% around 700ºC. Activation energy Ea, order of reaction (n) were also calculated and summarized in Table 3. 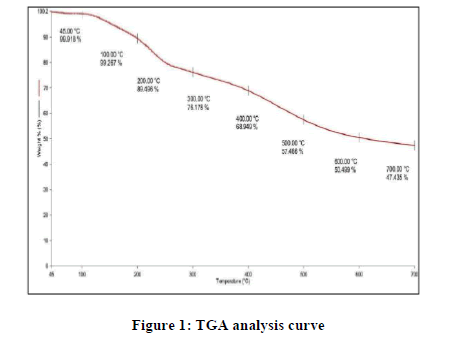 The chemical resistant test for the entire composite sample was performed according to ASTM D 543 method. The composite sample dimensions were 2 × 2 cm. The samples were immersed in 25% H2SO4, 25% HCl 25% NaOH for seven days at room temperature. After seven days the samples were taken out from the reagents and were analyzed for their percentage change in their weight. Their results are summarized in Table 4.

This work focused on the development of good adhesion to maleimide epoxy resin and their glass fiber composites with good chemical and mechanical resistance. Synthesized maleimide epoxy showed good thermal stability and degraded in one step. The total heat of combination of resin changes linearly. Based on the thermal analysis of resin. These polymers could be promising materials for as an adhesive and coating materials in industry. 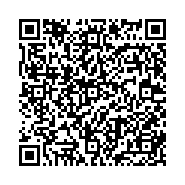