In the present work, a general approach for the synthesis of new heterocyclic scaffolds-based quinoline were synthesized. In addition, molecules docking studies were achieved which showed that all the newly synthesized compounds are interacting with active site region of the target enzyme Thymidylate kinase -4QGG, DNA gyrase (PDB ID: 2XCT) Topoisomerase, Dihydrofolate reductase-DHFR- 2w9s, Clumping factor A (ClfA)-1N67 hydrogen bonds and pi-stacked interactions.

The categorization of antibiotics is depends on their mechanism of action, and the main groups comprise inhibitors of cell wall synthesis, inhibitors of protein synthesis, inhibitors of nucleic acids synthesis and antimetabolites [1]. In general antibiotics inhibit these routes by interacting with precise cell proteins, usually responsible for defined activity. Antimicrobials acting at the cell wall level are the most discerning being bactericidal and presenting a high therapeutic index, since inhibition of peptidoglycan synthesis leads to cell lysis [2]. There is a diversity of antibiotics that can act in different phases of peptidoglycan biosynthesis, namely in the cytoplasmic, membrane and parietal phases [3]. β-Lactams act entirely outside the cell membrane, in the final (parietal) phase of peptidoglycan biosynthesis[3,4]. Some antibiotics acting in protein synthesis affect bacteria ribosomes, namely 30S and/or 50S subunits, inhibiting the protein synthesis at the initial or elongation phases, or inducing the synthesis of abnormal proteins [5]. Chloramphenicol exhibits a broad bacteriostatic spectrum; it blocks the principal ribosome functions, including peptidyl transferase activity and aminoacyl-tRNA elongation, inhibiting peptidyl transferase by interfering in tRNA positioning [6]. Mupirocin is a Molecules 2014, 19 1674 bacteriostatic antibiotic with higher activity upon Gram-positive bacteria by inhibiting isoleucyl-tRNA synthetase (IARS), preventing the incorporation of amino acid isoleucine in peptides. Quinolones interfere in DNA replication by inhibiting the activity of bacteria type II topoisomerase (DNA gyrase) and type IV topoisomerase [7]. Rifampicin inhibits RNA polymerase activity by linking to β-subunit, preventing the synthesis of mRNA. Folic acid is essential for the synthesis of nitrogen base purines and pyrimidines and, consequently, for the synthesis of DNA. Antimetabolites act synergistically in two different points of folic acid formation, exhibiting bacteriostatic activity. Sulfonamides, dapsone and p-aminosalicylic acid are some examples [8]. Sulfonamides inhibit the action of dihydropteroate synthetase (with p-aminobenzoic acid (PABA) as substrate), preventing the synthesis of dihydrofolic acid. Trimetoprim blocks enzymatic activity of dihydrofolate reductase (DHFR), which is responsible for the formation of tetrahydrofolic acid. Considering bacterial evolution and the current increase of antibiotic resistance, the discovery of new natural compounds that can be used to treat infections with lower secondary effects than existing antibiotics is becoming crucial, in order to guarantee the health of future generations [9].

Compound was synthesized using a literature procedure Semicarbazide hydrochloride (Scheme 1) (50 mg, 1 mmol) and sodium acetate (50 mg) are placed in a mortar and ground with a pestle. After this, an indole-3-carbaldehyde (1 mmol) is added. Mixing is continued for several minutes until to get smooth paste. The crude semicarbazone separates out when cold water is added to the paste and then it is recrystallized from ethanol. The TMPK, an essential enzyme in bacterial DNA biosynthesis, is an attractive therapeutic target for the development of novel antibacterial agents (Figure 2) (Table 1). Dihydrofolate reductase (DHFR) is an enzyme that catalyses the formation of tetrahydrofolate (THF) by the reduction of Dihydrofolate (DHF) in the presence of nicotinamide adenine dinucleotide phosphate (NADPH) [27, 28]. Also, it has a great role in the synthesis of thymidylate, purines, methionine, and some other important metabolites. These enzymes are required for cell proliferation. Thus, inhibition of dihydrofolate reductase will results in the destruction of the intracellular tetrahydrofolate pool thereby preventing biosynthesis of RNA, DNA, thymidine, and protein. Due to the wide range of cellular functions, they are targets for anticancer and antimicrobial agents. In blood plasma, there is a glycoprotein called fibrinogen (Fg) which is present at ~ 3 mg/ml concentration and has a significant role in coagulation and haemostasis. Six polypeptide chains are present in fibrinogen such as 2 Aa, 2 Bb, and 2 nd 2 Bb, which are dimeric and symmetrical. The γ-chain has C-terminal residues which are biologically important. In the process of fibrinogen dependent platelet adherence and aggregation, they interact with platelet integrin aIIb3. This C-terminal residue of γ-chain is also targeted by the pathogenic bacterium Staphylococcus aureus, resulting in fibrinogendependent cell clumping and tissue adherence. Clumping factor A (ClfA) [29, 30] was the first Fg γ-chainbinding S. aureus adhesin identified. 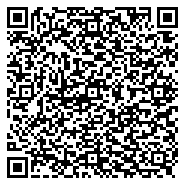