Nine biologically important pyrimidine derivatives have been prepared by conventional method and UV-irradiation methods. The percentage yield of a product was substantially higher (40%-88%) by UV-irradiation method compared to that (18%-51%) by conventional method. Moreover, the UV-irradiation method is an environmentally friendly method and avoids the pollution problem in organic synthesis. The structures of the compounds were verified by microanalysis (CHN), Infrared (IR) and Proton Nuclear Magnetic Resonance (1H-NMR) spectroscopies and X-ray powder diffraction analysis. The investigated compounds consist of a pyrimidine ring and two benzene rings with intermolecular N–H---N interaction between the adjacent molecules. The compounds crystallized in the monoclinic space group P-1. The synthesized products have also been tested for their anti-bacterial/anti-fungal and anti-oxidant activities. The compounds have shown comparatively higher activities against the fungal microbes as compared to the gram positive and gram negative bacteria. The products exhibited excellent anti-oxidant potential which was rendered to the presence of multi-chloro groups on the phenyl rings.

Pyrimidines are the heterocyclic compounds and belong to alkalloid class of compounds. They act as main substituents of a variety of natural products like vitamins, co-enzymes, nucleic acids and in a number of medicinally important synthetic molecules [1]. Pyrimidines are present in RNA and DNA and have the tendency to exhibit an outstanding pharmaceutical potential and find a broad range of applications in medicinal field [2,3]. Pyrimidine derivatives are synthesized by condensation reaction of chalcones with guanidine-hydrochloric acid or urea/thiourea in the presence of potasssium-butoxide in ethanol/methanol as solvent [4]. Moreover, pyrimidine derivatives possess biological activities and have been employed as anti-malarial, anti-fungal, anti-flarial, anti-convulsant, anti-histamine, anti-microbial, analgesic, anti-inflammatory, anti-tumor and anti-cancer drugs [5-8]. Pyrimidine structure finds immense importance in modern day medicinal chemistry due to its anti-hypertensive, anti-asthmatic, anti-HIV [9-11] activities. Keeping in view the great biological importance, we have prepared nine biologically important pyrimidine derivatives. A comparison has been made between the percentage yield by conventional method and UV-irradiation method. The structures of the synthesized products have been elucidated by elemental analysis, spectroscopic techniques (Infrared (IR) and Proton Nuclear Magnetic Resonance (1H-NMR)) and amorphous X-ray powder diffraction (XRD) analyses. The compounds have also been tested for their antioxidant potential and antimicrobial activities.

The 4-methoxychalcone, 4-flourochalcone, 2,4-dichlorochalcone, 2-chloro-4′-methoxychalcone, 2-chloro-4′-flourochalcone, 2,2′,4′-trichlorochalcone, 4-chloro-4′-methoxychalcone, 4-chloro-4′-flourochalcone, guanidine, ethanol, HCl and KOH were of analytical grades. Melting points of the compounds were determined by Gallen hamp. The FT-IR spectra of the products were recorded as KBr Pellets in a range of 4000-650 cm-1 on Shimadzu 435 FT-IR spectrophotometer. 1H-NMR spectroscopy was performed by using a Bruker-300 MHz FT-NMR spectrometer. X-ray powder diffraction analysis was carried out using a SEIFERT JSO-DEBYE FLEX 2002 Powder X-ray diffractometer with CuK α radiation of wavelength (1.541 Å) in the scanning range from 20° to 90°. The obtained XRD peaks were indexed by using Winpltor software package. The compounds were tested for their antioxidant potential and antimicrobial activities by reported procedures [12-14].

Syntheses of pyrimidine derivatives of chalcones

A mixture of chalcone (1.0 mmol) and Guanidine-HCl (3.0 mmol) in 50 % KOH (4 ml) was refluxed in a round bottom one necked flask for 12 h in ethanol (10 ml) medium. The progress/completion of a reaction was monitored by the Thin Layer Chromatographic (TLC) analyses using the ethanol as a mobile phase and comparing the spots of the reaction mixture with those of reactants. The contents of the flask were cooled to room temperature and poured to ice-cold water. The precipitated material was collected by filtration and washed with cold water. The product was re-crystallized from ethanol. The reaction path has been summarized in Schemes 1 and 2. Scheme 2: Mechanism of the reaction

The same reaction procedure (as described above in above section 2.2.1) was used to synthesize the products 1-9; the only exception is that here the reaction (reflux) was performed under UV-irradiations for a time period of 2 hours (Schemes 1 and 2).

The anti-microbial activities of the novel products were performed by disc diffusion method [12]. Tetracycline and fluconazole were used as standard drugs against bacterial and fungal strains, respectively.

The anti-oxidant activities of all the synthesized compounds were checked by measuring their scavenging potential to DPPH radical. The DPPH scavenging assay was performed according to literature [13]. A volume of 100 μM 2,2′-diphenyl-1-picrylhydrazyl (DPPH) in methanol was added to the different concentrations of a test sample (5-25 mg/ml) in DMSO and kept in dark for 20 min. The absorbance at 517 nm was measured using elisa reader (Biotech) and percentage scavenging was evaluated using following equation:

The biologically active pyrimidine derivatives 1-9 were prepared by refluxing a chalcone with the guanidine in ethanol in the presence of 50% KOH for a period of 90-150 min. However, under the influence of UV-irradiations the same reaction took place in only 4-5 min. Table 1 shows a comparison between the reactions time required by both the methods (conventional and UV-irradiation) and the respective percentage yields. The data (Table 1) clearly demonstrates that the percentage yield (18%-51%) of the products by conventional method was substantially increased to 40%-88% by UV-irradiation method. All the synthesized compounds were yellow/orange in color, stable in air and had sharp melting points. These had shown good solubility in common organic solvents. The elemental analysis data agreed well with the molecular formulas of the products. The physical data have been summarized in experimental section.

Table 1: Comparison of the %age yield and the reaction time by conventional and UV-Irradiation

The IR spectra of the newly synthesized products 1-9 were recorded in a range of 4000 to 400 cm-1; the most important vibrational bands have been summarized in Table 2.

The 1H-NMR spectra of the investigated compounds 1, 2 and 8 were recorded in deuterated DMSO-d6. The numbers of protons calculated by the integration of the peaks are in very good agreement to those theoretically calculated by incremental method [16,17]. The 1H-NMR chemical shift values (ppm) of the complexes are given in Table 3.

The pyrimidine part exhibited two singlet resonances at 7.83-8.07 and 6.87-7.16 ppm which were assigned to methine (=CH-) and amino groups of the pyrimidine skeleton. Two close multiplets at 7.41-8.01 ppm and 7.09-7.69 ppm were appeared corresponding to the two phenl nuclei in the investigated products 1, 2 and 8. The methoxy protons in the compounds 1 and 2 showed chemical shifts at 3.61 ppm and 3.66 ppm, respectively.

The investigated powdered products were subjected to X-ray powder diffraction analysis; the XRD pattern of a representative compound 1 has been shown in Figure 1. The XRD spectra of the products 2, 4-5 and 7-9 have been shown in Figures S1-S6 as the supplementary material. The title compounds consist of pyrimidine ring and two benzene rings as per X-ray single-crystal structure determination. X-ray analysis reveals that intermolecular N–H---N interactions exist in the adjacent molecules. The compound was crystallized in the monoclinic space group P-1. The most intense peak of parent pyrimidine-2-amine found in all XRD patterns. The variation in the intensity and position of the peaks in the patterns occur due to the attachment of different substituents which may result in different crystal structures. Actually, the change of substituents and their positions cause variations in the intra-molecular attractions which may result in variations in the crystal structure and XRD pattern of the respective compounds.

The anti-oxidant activities of all the synthesized compounds were checked by measuring their scavenging potential to DPPH radicals by a reported procedure [13]. All pyrimidine derivatives possessed excellent anti-oxidant potential. The compounds 7-9 were found even the competitors of positive control (BHT); their exceptionally higher antioxidant activities were rendered to the presence of more than one chloro-substituents on the phenyl groups. The results thus demonstrate that the existence of a halo- moiety on a pyrimidine compound caused an increase of the anti-oxidant activity (Table 4).

* Zones of inhibition are reported in terms of mm in antimicrobial activities data; ** Standard drugs include BHT, tetracycline and fluconazole for antioxidant, antibacterial and antifungal tests, respectively

The pyrimidine derivatives (compound 1-9) of chalcones can be synthesized by both the conventional thermal heating and the UV-irradiation methods. However, there were substantially higher percentage yields in less reaction time when UV-irradiation method was applied. Moreover, the UV-irradiation technique is environmentally friendly method and avoids the pollution problem in organic synthesis. The structures of the compounds were verified by microanalysis (CHN), IR and 1H-NMR spectroscopies and X-ray powder diffraction analysis. The products consist of a pyrimidine ring and two benzene rings with intermolecular N–H---N interaction between the adjacent molecules. These have shown comparatively higher antimicrobial activities against the fungal strains as compared to the bacteria. The products possessed an outstanding anti-oxidant potential; the highest DPPH potential of 7-9 owed to the presence of multi-chloro groups on the phenyl rings. 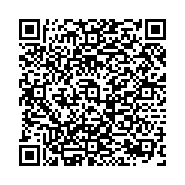