Background: Azadirachta indica leaves have been discovered to be a therapeutic plant with various pharmacological properties and are used locally for treating different types of ailments which include malarial, diabetes mellitus and a host of others. The plant after extensive literature search has not been simultaneously been investigated for its antidiabetic potentials against the α-glucosidase, β- glucosidase, maltase glucoamylase and the aldose reductase which has two isoforms (ALR1 and ALR2) and this necessitate the research work.

Methods: The in vitro enzymatic assays were done after the subjecting the plant to extraction using chloroform solvent. The percentage inhibition of α-glucosidase, β- glucosidase and maltase glucoamylase were determined and the aldose reductase which has two isoforms (ALR1 and ALR2) inhibitory potential and inhibitory concentration were determined using laid down protocol with slight modification and finally the crude extract was characterized using GC-MS to revealed the presence of bioactive compounds which were screened computationally for their various drug properties using OSIRIS Online Server Explorer.

Conclusion: The potent inhibitory activities of the chloroform extract against α-glucosidase, maltase glucoamylase and the aldose reductase (ALR1 and ALR2) is an indication that the plant possesses good therapeutic potential for the treatment against diabetes mellitus. 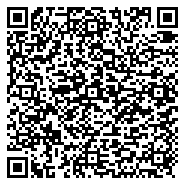