Peptides are well known for bio-friendly properties are being designed as the hepatoprotective agents in this research study. After the analysis of all the results using Swiss Dock against different targets, it was observed that particular peptides (Arg-Lys-Pro, Lys-Glu-Leu) were identified as a best lead against the asialoglycoprotein receptor 1, TLR-2 and nulear receptor subfamily 5 group a member 2. Later, when these compounds were subjected to docking against the P-glycoprotein, it was found that Arg-Lys-Pro and Lys-Glu-Leu were having fullfitness energy as -175561.75 kJ/mol (lesser binding energy) and -155255.80 kJ/mol (lesser binding energy). In similarity, the same tripeptides (Arg-Lys-Pro, Lys-Glu-Leu) which are effective against and receptor targets are having very less binding energy with P-gp, indicating P-gp efflux mechanism for these drugs is low and hence they surely may have enhanced bioavailability even if tested in various phases of clinical trials. Hence, these peptides are discovered as one of the leads against their respective target sites, which can be utilised in the liver ailments and further needs investigation in pre-clinical & clinical studies as suitable hepatoprotective agents in near future. 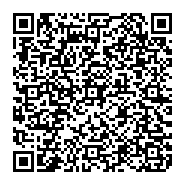