Pemphigus is a group of autoimmune blistering intraepidermal disease of skin and mucosal membranes where there is the acantholysis taking place and gradual binding of autoantibody to antigens on cell surfaces. Drug-induced pemphigus mostly mimics Pemphigus Foliaceus and drugs known to induce are thiol drugs or SH drugs, nonthiolnonphenol drugs, phenol drugs. Antihypertensives are documented to cause PV or PF. In the present study a case on drug induced pemphigus foliaceus due to Losartan has been reported. The patient was on therapy with Losartan for a period of 10 months before which he was presented to the hospital with scaly, crusted lesions on the face, chest, abdomen, trunk and other parts with superficial lesions on thighs and legs. Various examinations for confirmation of diagnosis was made with biopsy, immunofluorscence etc., and was confirmed to be induced due to Losartan. Therapy was initiated with topical corticosteroids and then extended to prednisolone (60 mg/d) where gradual decrease in new lesions occured. Dapsone was also added up along with prednisolone where improving results were found. Maintenance dose with prednisolone and dapsone (25 mg) was given. Withdrawal of Losartan and initiation of Verapamil (200 mg) was made which helped in complete clearing of symptoms. Thus correct identification of the condition at the initial stage helps in eradication of the symptoms which may be drug induced or any other etiological flare up. 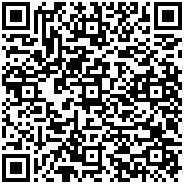