Penicillium purpurogenum, order Eurotiales was a superior producer to red, orange and yellow colorants. The fungus was grown in Dox media, it was found that Mannitol (30 g/l) and peptone (4 g/l) doubled the fungal productivity more than fourteen folds. The optimum conditions for pigment production was found to be at faint alkaline media (pH 8) at ambient temperature (30oC), at which a sharp increase of pigment yield was attained (263.63 g/l). During fermentation, the fungus was subjected to physical stress; Viz. high and low temperatures, magnetic field, and different wave lengths of light. The microorganism maintained its activity at the aforementioned physical effects. It also tolerated various amounts of potassium chloride from (1-9) g/l and produced high amounts of pigment (143.75-56.39 mg/ml). Among some available useless waste, the milled almond and the peels of sweet potato were the most effective in pigment production (74.32 and 120.79 mg/ml, respectively). The colorant was used in dyeing of wool and silk fabrics under various dyeing conditions; Viz. dye concentration, dyeing temperature, dyeing time, and pH. The dye ability of wool fabrics with the colorant was found to be higher than that of silk. The fastness properties of the dyed fabrics towards light and washing are satisfactory. The said colorant imparted ultraviolet protection to the dyed wool and silk fabrics. 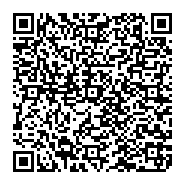