A simple, precise, linear stability indicating RP-HPLC method was developed and validated as per ICH guidelines for the determination of lamotrigine in the bulk drug and tablet dosage form. Chromatographic separation was performed by using agilant HPLC 1200 series include isocratic mode on a C18 Qualisil BDS (250 mm × 4.5 mm × 5 mm) column using mobile phase containing potassium dihydrogen ortho phosphate buffer (pH 7.4) and methanol in the ratio 60: 40 at flow rate 1.3 ml/min. The wavelength for detection was 305 nm at room temperature. The retention time for separation was 5.3 min and linearity of lamotrigine was perceived in the concentration range of 5-30 μg/ml with correlation coefficient of 0.999. Force degradation of lamotrigine was completed under acidic, basic, oxidation, dry heat and photolytic conditions. The method was found precise, linear, and accurate as per ICH guidelines and may be used as an alternative method in industry.

Lamotrigine is an anticonvulsant drug used to treat bipolar disorder as well as epilepsy [1,2]. It increases the action of Gamma-Aminobutyric Acid (GABA) and it act as inhibitory neurotransmitter in the central nervous system and decrease voltage-sensitive sodium channels It is the part of the sodium channel blocking class of anticonvulsant drugs, but it has an additional action which is broader spectrum antiepileptic action as compare to other sodium channel blocking anticonvulsant drugs like a phenytoin and carbamazepine. The chemical name of Lamotrigine is 3,5- diamino-6-(2,3-dichlorophenyl)-1,2,4-triazine, which has molecular formula C9H7Cl2N5 with molecular weight is 256.091 gm/mol (Figure 1). The common side effects of the lamotrigine involve sleepiness, headache, vomiting, trouble with coordination, and rash. Lamotrigine is a white to pale cream-colored powder, freely soluble in methanol and acetonitrile and slightly soluble in water (0.17 mg/ml at 25°C) which has pKa is 5.7. Reviewing the literature in hand, no chromatographic method has been studied by using methanol and potassium dihydrogen ortho phosphate buffer (pH 7.4). A simple protein precipitation with methanol guaranteed high extraction yield values (>90%) and good purification from matrix interference. Therefore, this work was directed towards the development of a simple and sensitive stability-indicating HPLC that can be used to establish a stability profile of the drug and consequently assess its purity in bulk and tablet form.

Preparation of stock and standard solutions

Stock solution of lamotrigine was prepared by dissolving accurately weighed 10 mg of lamotrigine standard in 100 ml volumetric flask, added 30 ml of methanol, sonicated to dissolve and make up the volume with methanol and mix well to obtain concentration of 100 μg/ml. This was further diluted with the same solvent to obtain concentration of 10 μg/ml.

Preparation of test solution for assay

Twenty tablets of lamotrigine were powdered. An amount of powdered drug equivalent to 10 mg of drug was weighed and transferred to the 100 ml volumetric flask containing 30 ml of methanol and sonicated for 20 min. After sonication, the final volume makes upto 100 ml by adding methanol to obtain concentration of 100 μg/ml. This was further diluted with the same solvent to obtain concentration of 10 μg/ml. The sample solution was filtered through 0.45 μm nylon syringe filter

Linearity of drug was performed by preparing six sample of concentration range from 5, 10, 15, 20, 25, 30 μg/ml and injected into system. The peak areas versus concentration data were plotted to obtained calibration curve.

Accuracy of the method was studied at three different levels i.e. 80, 100 and 120 % levels. To the pre-analyzed sample solution of lamotrigine tablet formulation 15 μg/ml i.e. considered as 100% and a known amount of 12, 15, 18 μg/ml of lamotrigine bulk stock standards solution i.e. 80%, 100% and 120% were added into formulation solution respectively.

Repeatability experiment was performed by analyzing sample solution 10 μg/ml of lamotrigine into the system and measuring the peak area. It was repeated for six times.

The LOD of an individual analytical procedure is the lowest amount of analyte in a sample. The LOQ is the concentration that can be quantified reliably with a specified level of accuracy and precision.

Ruggedness of method was determined by doing the analysis from two different analysts person and the respective areas were noted. The result was designated by % RSD.

The amount lamotrigine was determined in tablet using linear regression equation. These procedures were repeated for six times.

Forced degradation studies were carried out for evaluation of stability indicating properties. All sample solution for stress studies was prepared at an initial concentration of 100 μg/ml of lamotrigine.

Acid degradation was carried out in 0.1 N HCl at concentration of 100 μg/ml. Lamotrigine was refluxed with 0.1 N HCl at 80ºC for 3 h. The stressed sample was neutralized after cooling to room temperature and diluted with methanol as per requirement with diluents, filtered and injected.

Alkali degradation was carried out in 1 N NaOH at concentration of 100 μg/ml, Lamotrigine was refluxed with 1 N NaOH at 80ºC for 3 h. The stressed sample was neutralized after cooling to room temperature and diluted with methanol as per requirement with diluents, filtered and injected.

Oxidation degradation was carried out by using 15% H2O2 solution and stored at room temperature for 24 h. Filtered and 10 μg/ml dilution was prepared by taking 0.1 ml above solution in 10 ml volumetric flask and volume make up with methanol and injected.

Neutral degradation was carried out in water at concentration of 100 μg/ml, Lamotrigine was refluxed with water at 80ºC for 3 h. The stressed sample was neutralized after cooling to room temperature and diluted with methanol as per requirement with diluents, filtered and injected.

A temperature stress study was done by weighing 100 mg of Lamotrigine sample and it was kept into hot air oven at 60ºC for 6 h. After 6 h 10 mg sample transferred into 100 ml volumetric flask and volume make up with diluents, From above solution 10 μg/ml dilution was prepared and injected.

The photo stability study was done by weighing 100 mg of Lamotrigine and exposed in sun light for 7 days, 10 mg sample transferred into 100 ml volumetric flask and volume make up with diluents. From above solution 10 μg/ml dilution was prepared and injected.

Development and Optimization of the HPLC method

For the method development, various organic solvent were used for optimization of mobile phase. Different proportions of solvent were tried for the optimization of mobile phase to obtain the good resolution peak by using the C-18 column. Beginning of mobile phase optimization was tried by taking the methanol: water in 50: 50 v/v as a mobile phase but tailing was observed. After this acetonitrile: water was tried in proportion 50: 50 v/v then noise was observed and in 40: 60 v/v proportions no peak observed. Methanol was tried with different proportion of buffer with various pH and finally sharp peak obtainer at mobile phase methanol: Potassium dihydrogen ortho phosphate buffer pH adjusted 7.4 with ortho phosphoric acid at wavelength 305 nm, Retention time was 5.3 min with flow rate 1.3 ml/min. Figures 2 and 3 represent the chromatograms of standard and test preparation respectively. Specificity is the ability of method to determine drug in presence of other impurities, degradation etc. In which the forcefully degradation was carried out by exposing drug with acid, base, hydrogen peroxide, water, thermally and photolytically (Figures 4-10). Figure 5: Chromatogram of base degraded sample The results of forced degradation study were obtained in Table 1.

Table 2: Result of linearity of lamotrigine

Table 3: Result of precision of lamotrigine

Recovery studied was performed by taking concentration in level of 80%, 100%, 120% and recoveries of spike drug were obtained in Table 4.

Repeatability experiment was performed by injecting sample solution 10 μg/ml of lamotrigine into the system and measuring the peak area. It was repeated for six times; results were shown in Table 5.

A 10 μg/ml dilution was prepared from tablet stock solution and injected into system. This procedure was performed for six times; results were shown in Table 6.

Sensitivity of the proposed method was estimated in terms of Limit of Detection (LOD) and Limit of Quantitation (LOQ). The LOD and LOQ were calculated by the use of equation, LOD=SD/S × 3.3 and LOQ = SD/S × 10, where SD is the residual standard deviation of the peak areas of the drugs (n=6) and ‘S’ is the slope of the line. Sensitivity was performed between 6-10 μg/ml, and results are shown in Table 7.

Table 7: Result of Sensitivity of Lamotrigine 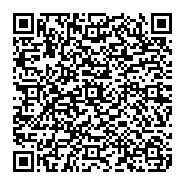