DNA methyltransferases catalyses the transfer of methyl group to DNA. However, in the current study, a series of DNA methyltransferase inhibitors and new compound with better efficacy were predicted. Hence quantitative structure activity relationship (QSAR) studies were done on the series of constrained (L-)-S-adenosyl-L-homocysteine (SAH) analogues acting as DNA methyltransferase inhibitors, and afterwards followed by molecular modelling which gives cross-validated result (r 2 cv) of 0.653 carried out by Leave one out (LOO) method, and predicted (r 2 pred.) is 0.600 with coefficient of correlation of (r) get by the multiple regression analysis is 0.934. Based on the model generated by the quantitative structure-activity relationship (QSAR) series of new compounds have been generated. Then these compounds were docked with the protein and ADME properties of each of the newly proposed compounds were studied using SwissADME that highlights properties of the compounds, their lipophilicity, solubility, drug likeliness, pharmacokinetics, etc. Toxicity prediction of these compounds is also made using PROTOX 2, making them suitable leads against DNA methyltransferase. 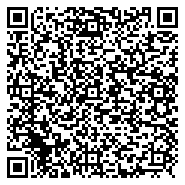